The world's two best wreck diving sites are Scapa Flow in   Orkney and Truk [Chuuk] Lagoon in the Pacific. 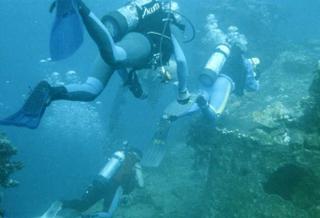 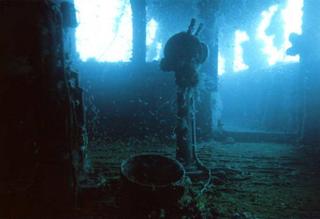 
At the end of the First World War ships of the German High Seas fleet was scuttled at Scapa. Most of the ships were salvaged between the wars but three battleships [Kron Prinz Willhelm, Konig and Markgraf] remain, as well as a number of cruisers. There are also a lot of other wrecks at Scapa, it was the main anchorage for the British Navy during both World  Wars.
Truk Lagoon 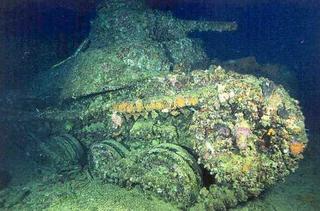 The other is Truk [now known as Chuuk] Lagoon in the Pacific.  . On the 17th and 18th February the Americans launched an air attack from a carrier fleet to destroy the Japanese ships at Truk. The attack was known as Operation Hailstorm.
The Japanese had feared that an attack might be imminent and moved most of their heavy warships, but the Americans still managed to sink twelve smaller warships and 32 merchant ships, and destroy over 250 aircraft. All these wrecks are still at Truk, along with the wreck of the Japanese submarine I-169 [Shinohara]. The submarine submerged to hide from the attacking dive bombers, but was then unable to surface and all the crew were lost.

The wrecks are at varying depths. The mast of one protrudes above the water, another is at 250 feet. Coral has started to cover the wrecks; especially the shallower ones. All the mines, bombs, guns, tanks and other military supplies that were in the freighters are still there, and some of the wrecks are very dangerous.

On one wreck that I dived oil was still bubbling out of the ship over fifty years after its sinking. Several thousand Japanese perished in the attack, and there are still human remains on many of the ships. The local dive guides keep stashes of skulls etc and will bring them out for visiting divers to photograph.

There are several dive operations serving the lagoon. I stayed on the SS Thorfinn, a former whale catcher, which as been converted to a live aboard dive boat. There is nothing to do on land and a boat gets one away from the insect life. 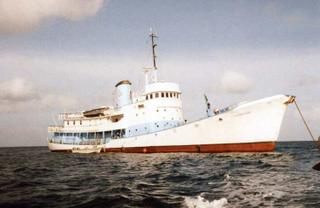 Apart from the wrecks, Truk is an unattractive place. There is not much money about and the main occupations seem to be religion for the women and beer for the men. I noticed several American missionaries being greeted at the airport when I arrived, and on the drive to the dock we passed several huge stacks of empty beer cans by the side of the road.

Todd HellsKitchen said...
This comment has been removed by a blog administrator.
6:23 pm