The John Muir Way is a 73km [45 mile] path that runs along the coast between Musselburgh, which is six miles east of Edinburgh, and Dunglass, near Cockburnspath.  I plan to walk all of the path and will add to this post as I complete each section.

You can get more information on the route from here. There are downloadable pdf files with maps of sections of the route, but the leaflet which covers  the full route does not seem to have a pdf version so I have scanned its map. 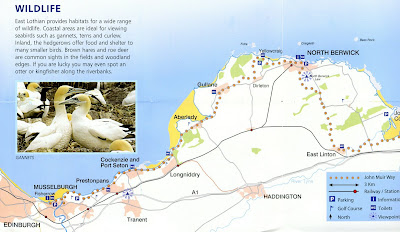 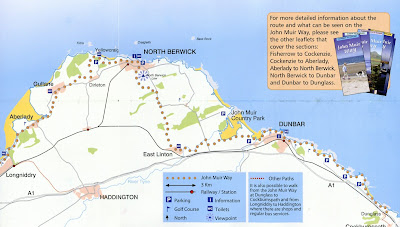 Public transport for the eastern part of the path are more of a problem. There is a mainline service from Edinburgh which stops at Dunbar. I have still to investigate bus services.


Longniddry to North Berwick - I parked at Longniddry station and walked about one kilometre north to join the coastal path.  The 17km [10.5 mile] path to North Berwick is well signposted and almost entirely flat. About three or four  miles of the path is next to fairly busy roads. The rest is through woods, alongside beaches and by golf courses.  It is easy walking. The path is suitable for bikes and there are no awkward gates or stiles. 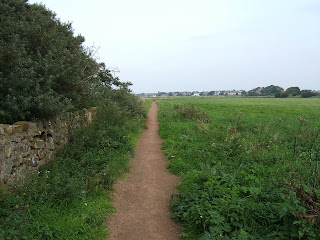 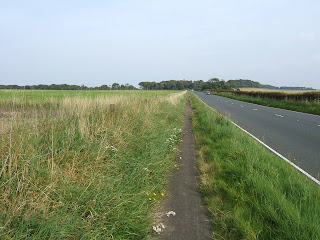 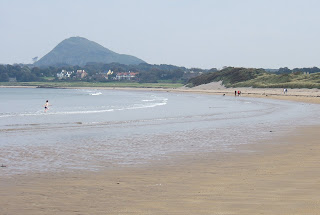 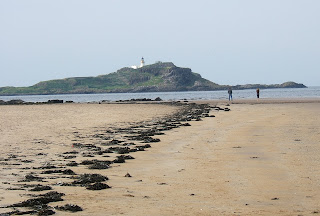 Longniddry to Fisherrow - I parked at Longniddry station and walked about one kilometre north to join the coastal path. The 9.5 mile [approx]  path to Fisherrow is well signposted and  entirely flat. It can be walked or cycled.  It took me about 3.5 hours to walk to Fisherrow.

There is a path through the dunes between the B1348 road and the beach on the section to Seton Sands but it is partly overgrown and poor walking. There are also some streams which are difficult to cross. 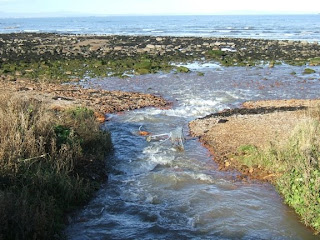 I preferred to walk on the road.

The rest of the route is mainly off road. It passes through Cockenzie Harbour and Prestonpans. There is an industrial museum at Prestonpans, though it only appears to be open during the summer months.  The route passes between the ugly Cockenzie power station and the sea. 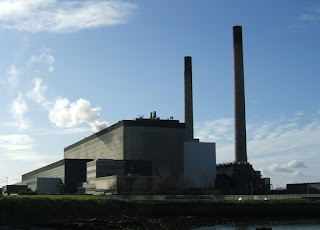 Further to the west there is a large lagoon created by ash dumped from the power station. The lagoons are now an important roosting site for wading birds [you pass bird watchers all along the route]. A path is being created between the lagoons and the sea. 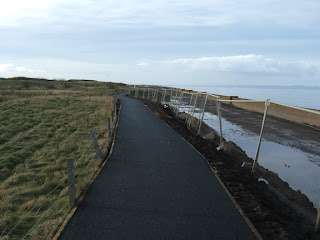 The path ends at Fisherrow Harbour, which is the western end of the John Muir way. 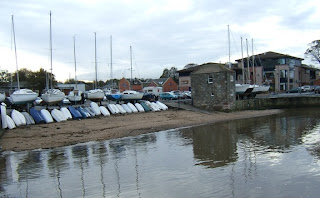 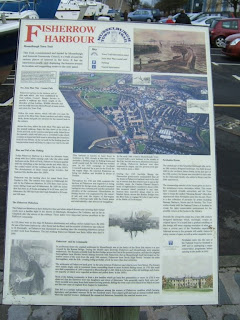 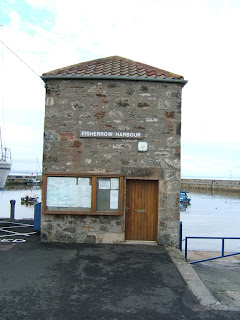 If you walk a little way inland from Fisherrow to the A199 [Edinburgh Road,North High Street]
and then a few hundred yards east there is a bus stop where you can catch the 124 bus back to Longniddry Station. There is a bus at seventeen minutes past every hour. Musselburgh also has a railway station but it is on the outskirts of the town, some distance from Fisherrow.

Its Longniddry not Longniddery btw

The link for the John Muir Way is broken; best one now is probably:
http://www.visiteastlothian.org/walking.asp