Up to the Trift Bridge 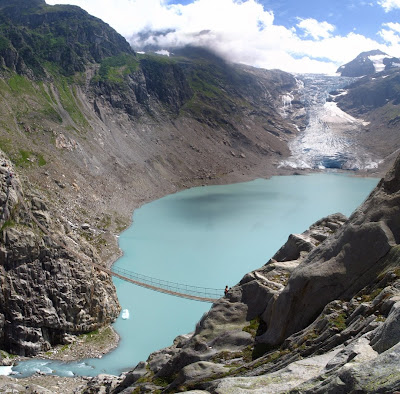 The Trift Bridge [Triftbrucke] is a 167m [548 feet] long suspension bridge high in the mountains of the Bernese Oberland in Switzerland.

The visiting season starts in the second week in June and runs until mid October. The cars run from  9 to 4 [8 to 5 if the weather is ok] and the journey takes 10 minutes. A return ticket costs 16 Swiss Francs.

The journey starts at a station on the road that runs between Innerkirchen and the Susten Pass. The station sells tickets to the cable car system which will take you on the first stage of your journey to the Trift Bridge. 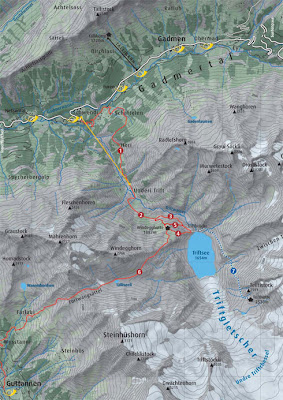 The cable cars only carry eight people and the trip is popular. We were given a numbered ticket and had to wait 90 minutes before we were called. 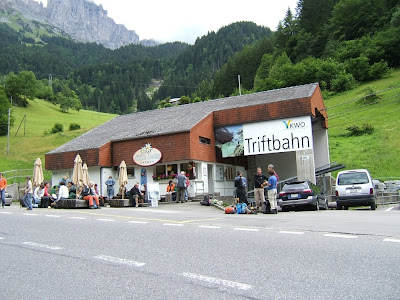 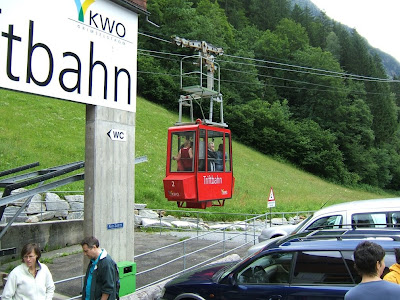 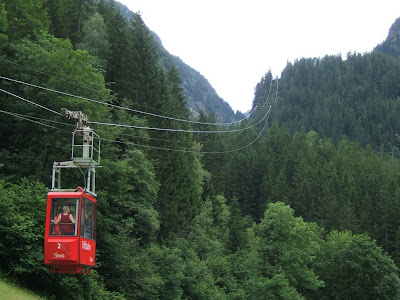 When you arrive at the cable car's upper station you descend 180 steps to the path [remember these steps, you will be climbing back up them when you return. The alternative to going down by cable car is a two hour walk back to your starting point].

It took us 90 minutes to walk from the upper station to the bridge. The path is mainly uphill and sometimes steep. The route is clear, except at one point where the path forks at a stone outcrop. The path to the left is the shorter and faster route to the bridge. 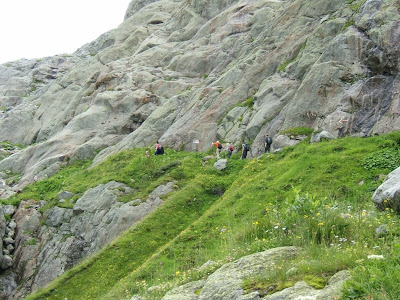 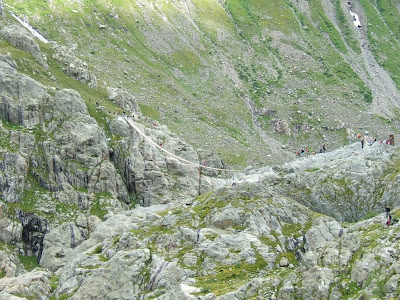 The lake and glacier. 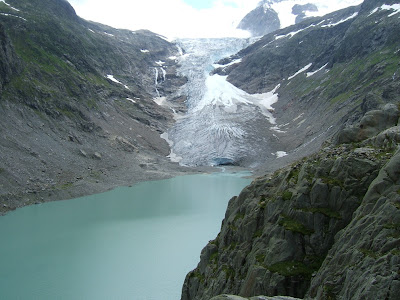 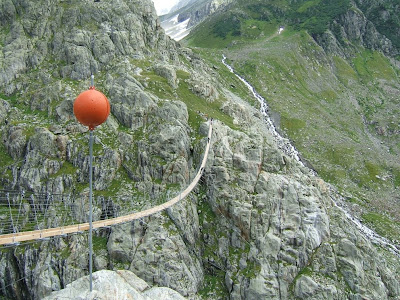 The bridge is 167 metres long, the longest of its type in Europe. 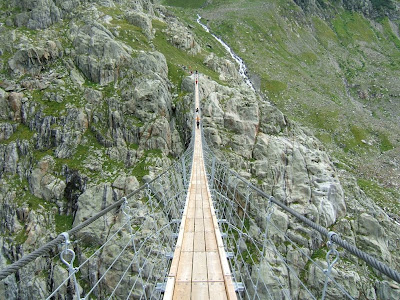 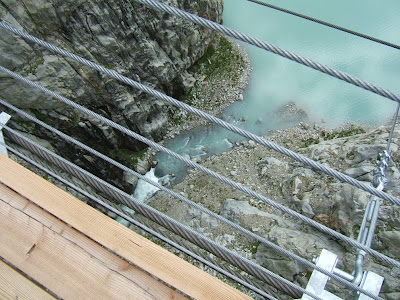 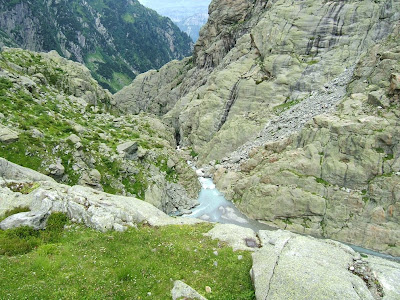 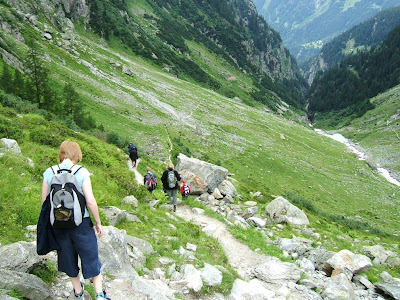 Back to the cable car. The upper station can be seen to the right in the picture below. 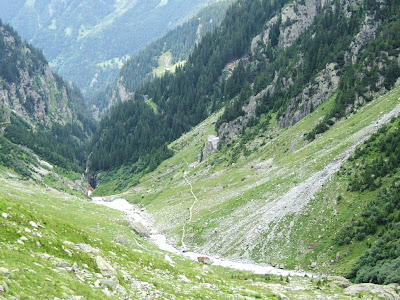 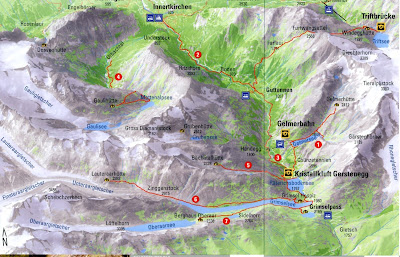 Some excellent video on the construction of the Trift Bridge [German dialogue]. 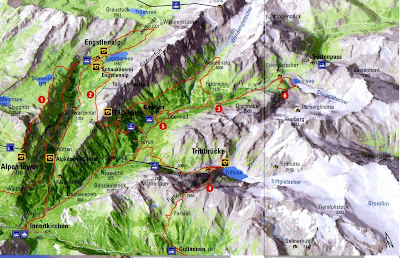 A very useful report. Thank you.