The Gelmer Funicular [Gelmerbahn] carries people from Handeck [at 1412m in the valley between Innerkirchen and the Grimselpass in Switzerland] to the Gelmersee lake at 1849m. It is claimed to be the steepest [106 degrees] funicular of its kind in the world. It certainly looked impressively vertical in its upper sections. I think it is operated by the same power company that operates the Trift Bridge system. The Trift Bridge is just over the mountain, in the valley leading up to the Sustenpass valley. 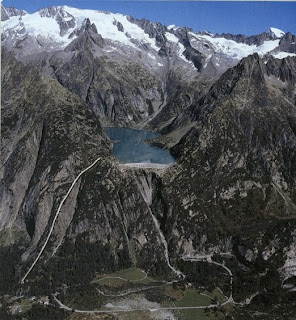 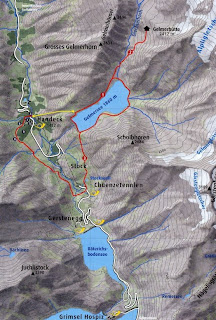 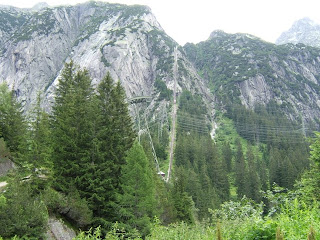 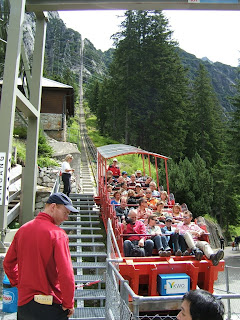 From the top of the funicular you can walk around the lake/reservoir, climb up the a mountain hut at 2412m, or walk back down to Handeck.

The funicular operates from early June to mid October.  It costs 15 Swiss francs [CHF] for a single ticket and 25 CHF for a return.

On the other side of the valley road from the funicular base station there is a large hotel and car parking. You can cross the road from the car park by the new Handeck Bridge. This is only 70m long compared to the  167m of the Trift Bridge. 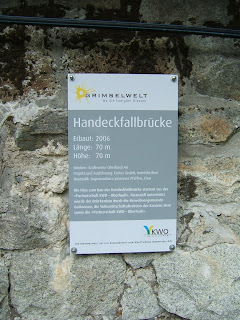 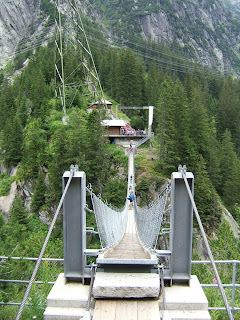 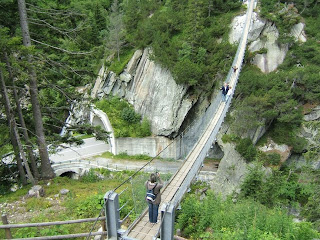