A visit to Catrine

Catrine in Ayreshire used to be a cotton milling town. The mill was one of those built by the Glasgow entrpreneur David Dale and partners [see this post].

Catrine was a tiny village until 1787 when Dale and Claude Alexander built the Catrine Cotton Works. There was soon over 1600 people in the town, many from the Highlands, and most employed directly by the works, or dependent on it.

The works closed in 1968 and little now remains  apart from some of the workers housing and the reservoirs [called the Voes] that were built to ensure a constant supply to the mills giant water wheel.

In the photograph below the Voes are in the top right hand corner. The large building just below is a bonded warehouse. 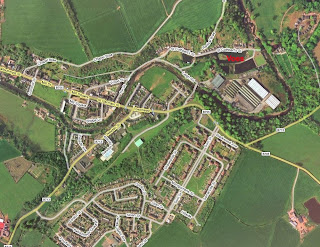 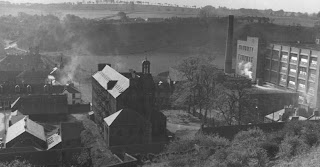 Mill Square as it was 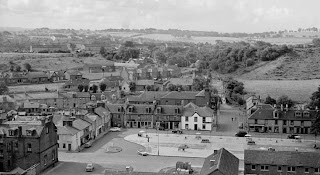 Mill Square as it is now 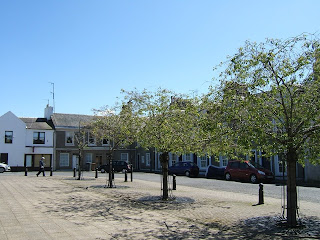 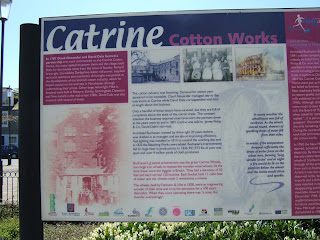 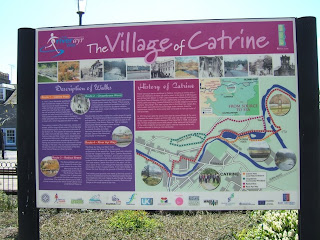 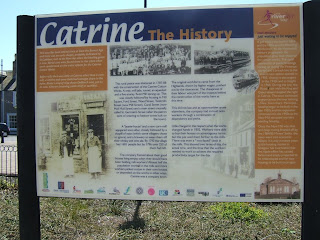 One of the mill reservoirs 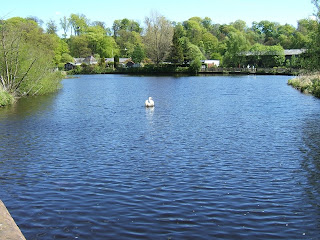 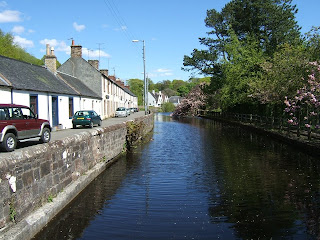 Unlike New Lanark, which remains pretty much as it was in Dale's day, there is little  left to see in Catrine.  Apart from three information boards in Mill Square there is little to indicate that the town was once part of Scotland's industrial revolution.