A visit to Saltaire Mill 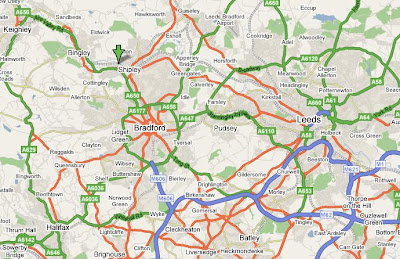 Saltaire is a cotton mill and workers estate near Shipley in Yorkshire, England. It is a UNESCO World Heritage site and an Anchor Point of ERIH [European Route of Industrial Heritage]. The site consists of several large stone built mill buildings, and an estate of brick built workers houses. The site is next to the Leeds and Liverpool Canal. There is a railway station near the mill. 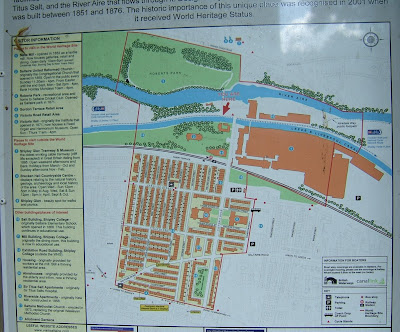 Saltaire was built by Titus Salt who, like Robert Owen of New Lanark, was a philanthropist who spent a lot of time and effort on improving the lot of his workers.

Wikipedia states that, “Salt built neat stone houses (much better than the slums of Bradford), wash-houses with running water, bath-houses, a hospital, as well as an institute for recreation and education, with a library, a reading room, a concert hall, billiard room, science laboratory and gymnasium. The village also provided almshouses, allotments, a park and a boathouse.” This was at a time when housing conditions in the cotton towns were appalling. You can read more about Saltaire at Wikipedia. 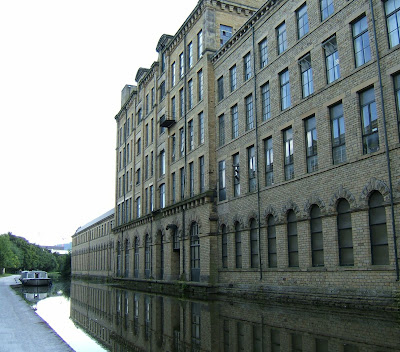 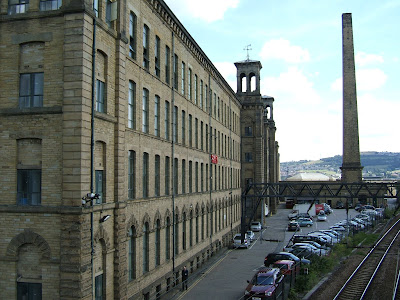 Both the mill buildings and the workers houses appear to be in good external condition. The brick built terraced houses are still occupied. They look to have been well built, and must have been excellent housing for the mill workers of the time. 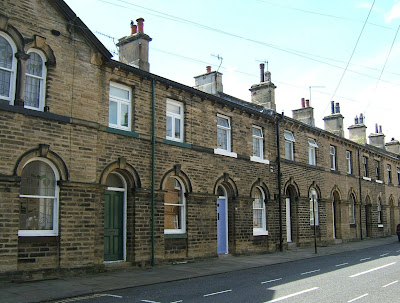 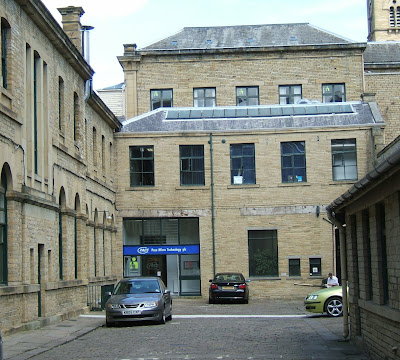 I was disappointed how little effort was being made to help visitors understand the historical significance of the site. For example, it would have been nice of one of the houses had been furnished as it would have been in Salt’s time and opened to visitors, or for visitors to be able to see inside some of the other amenity buildings that Salt built. There is no mill machinery in the buildings that are open to the public, or any effort to illustrate the mill environment.

In fact, there is little historical information or interpretation, apart from a chronology in one small room. The main management objective seems to be to reduce the costs of maintaining the site by letting the buildings for various commercial purposes.

Perhaps this is partly the fault of the local council don’t seem to be making a proper effort to give financial support to Saltaire, or protect the integrity of the site. They don’t appear to have much idea of the responsibilities that go with having a World Heritage site.

I also thought that the historical heritage was not being properly protected. The houses that Salt built are now in private ownership, and some owners have decided to change key external features like doors and windows. Television aerials have been attached to houses and telephone cables are visible. All these changes damage the integrity of the site. In New Lanark, which is the other UK cotton mill that has World Heritage status all the buildings have a common door and window design and paint scheme, and TV aerials and cables are banned.

At the moment there is little point in visiting Saltaire. There is little to see because you will only be able to view the outside of most of the buildings. The one building you can go into is just shops. After you have been you will not have any better understanding of the site’s significance, or how people lived and worked there. This could be a great industrial heritage site, but at the moment it is not worth a visit. The cotton industry started the industrial revolution in Britain and employed millions of people. Its history should be better commemorated than this.