'What3words is a geocoding system for the communication of locations with a resolution of three metres. What3words encodes geographic coordinates into three dictionary words. For example, the torch of the Statue of Liberty is located at "toned.melt.ship". This differs from most other location encoding systems in that it displays three words rather than long strings of numbers or letters.' Using three words is much more human friendly than systems like Google's Plus Codes which generate a alpha numeric string [e.g. 849VCWC8+R9]. Try copying that down or dictating it over a phone.

What3words is not very useful if a location has a postal address. It could be very useful for places that don't. For example, open country or sea,  or countries that have obscure address systems or no address system at all. 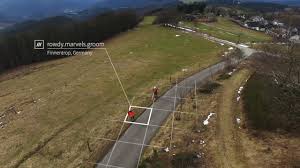 When I tried to install the app to my android phone I found that I was only available from the Google Play Store and I would have to sign in using a Google account. No thanks.

Linking phones to Google accounts is the Holy Grail for Google. They not only collect information from the app you have downloaded but also link your phone to other information on you that they already have in their account databases. Particularly valuable will be the location data they will be able to collect either from your phone or from What3words.

Google have amply demonstrated that they cannot be trusted. I don't plan to give them any more information than I must.

So no What3words until they provide direct downloads from their website and have a privacy policy that does not allow them to sell my data to Google.

Too bad. Short term greed for Google money will reduce the number of users. If they do not soon get a critical mass of users their business will never take off and their three words will become yet another obscure geolocation system and their company will become another failed startup.