Which country is producing the most carbon pollution from coal powered electricity generators?

Yes, you have guessed it -it is China. Closely followed by the good old USA. 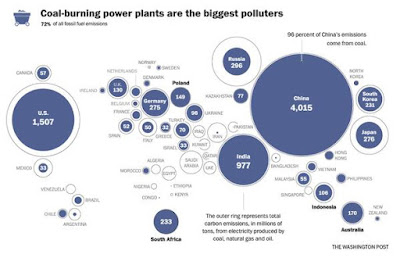 Note that Australia produces more pollution from coal powered stations than the UK, despite the UK having about four times the population.