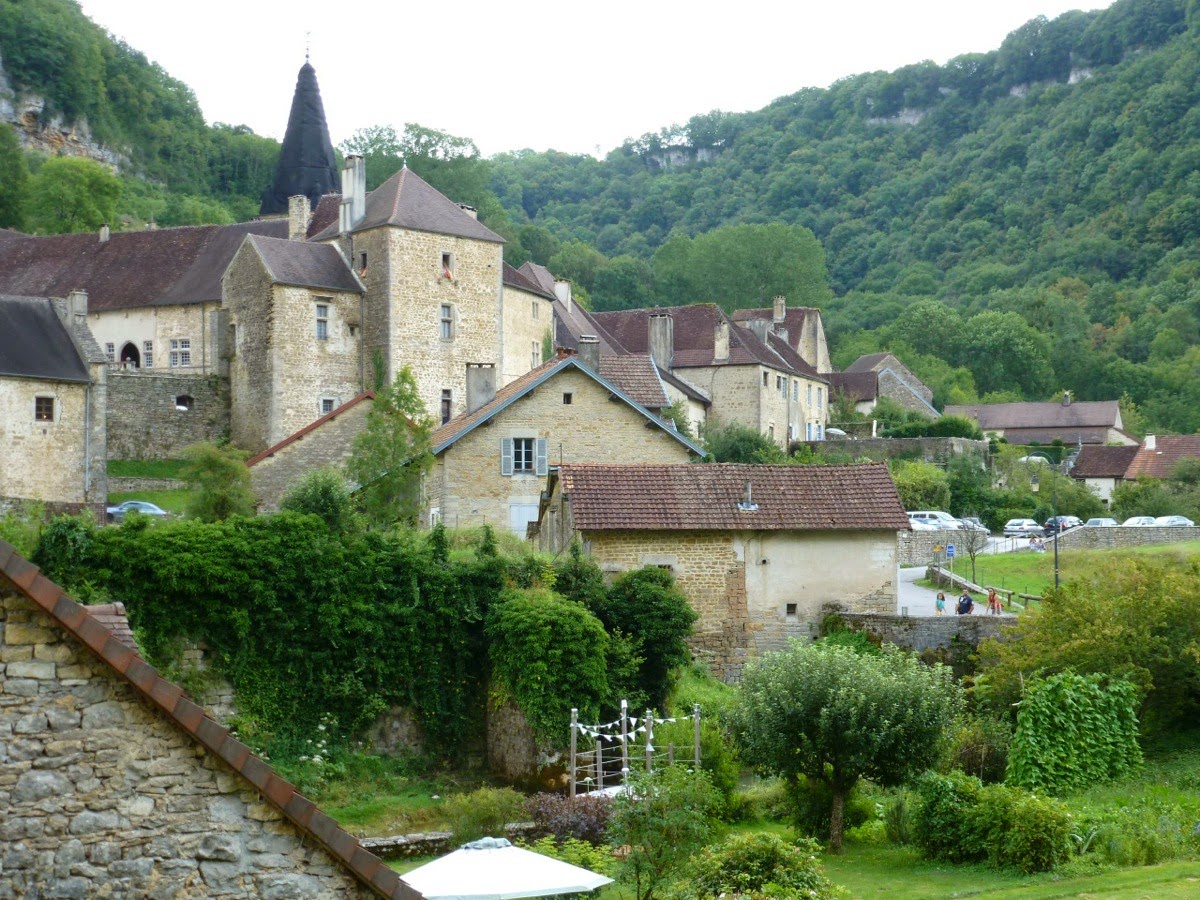 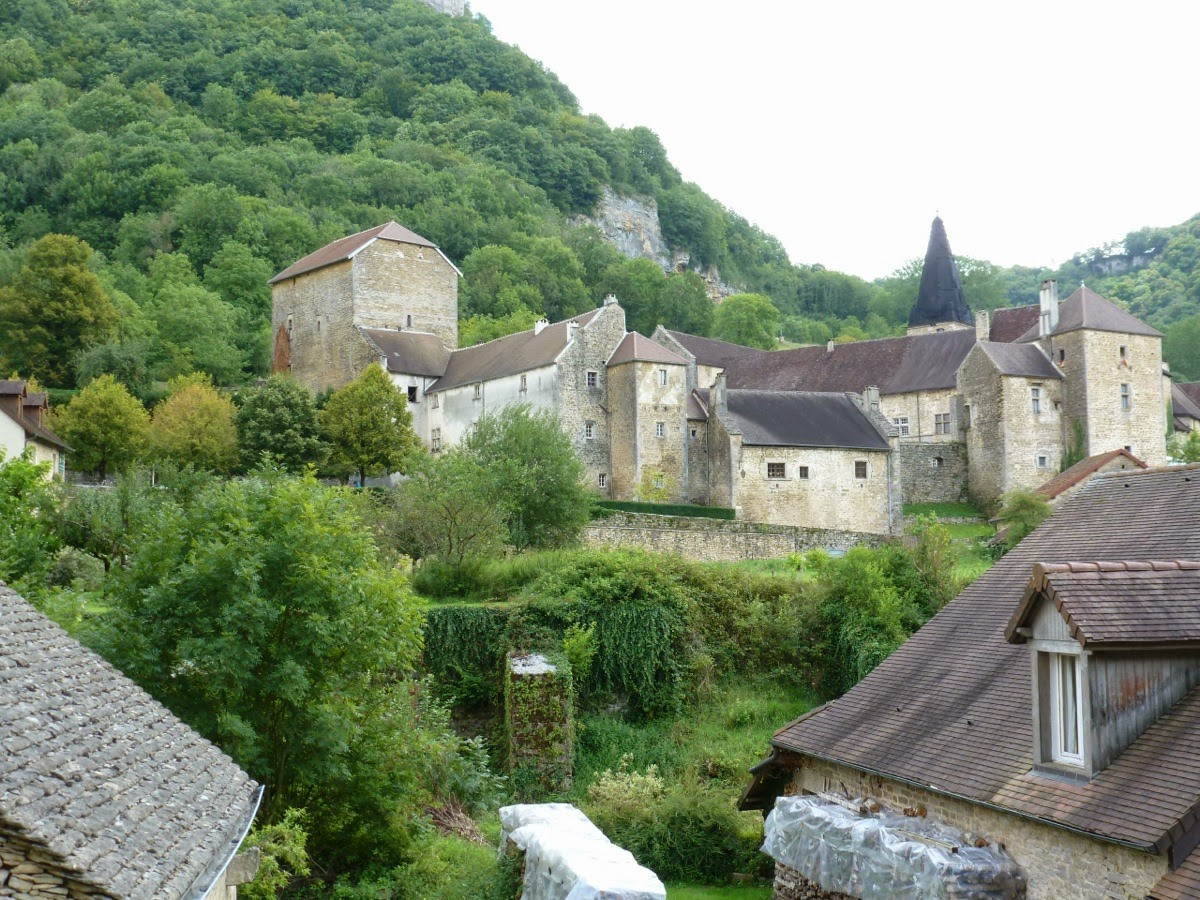 Baume-les-Messieurs is a small village deep in a steep valley in the Jura region of eastern France. Limestone cliffs tower over the village. 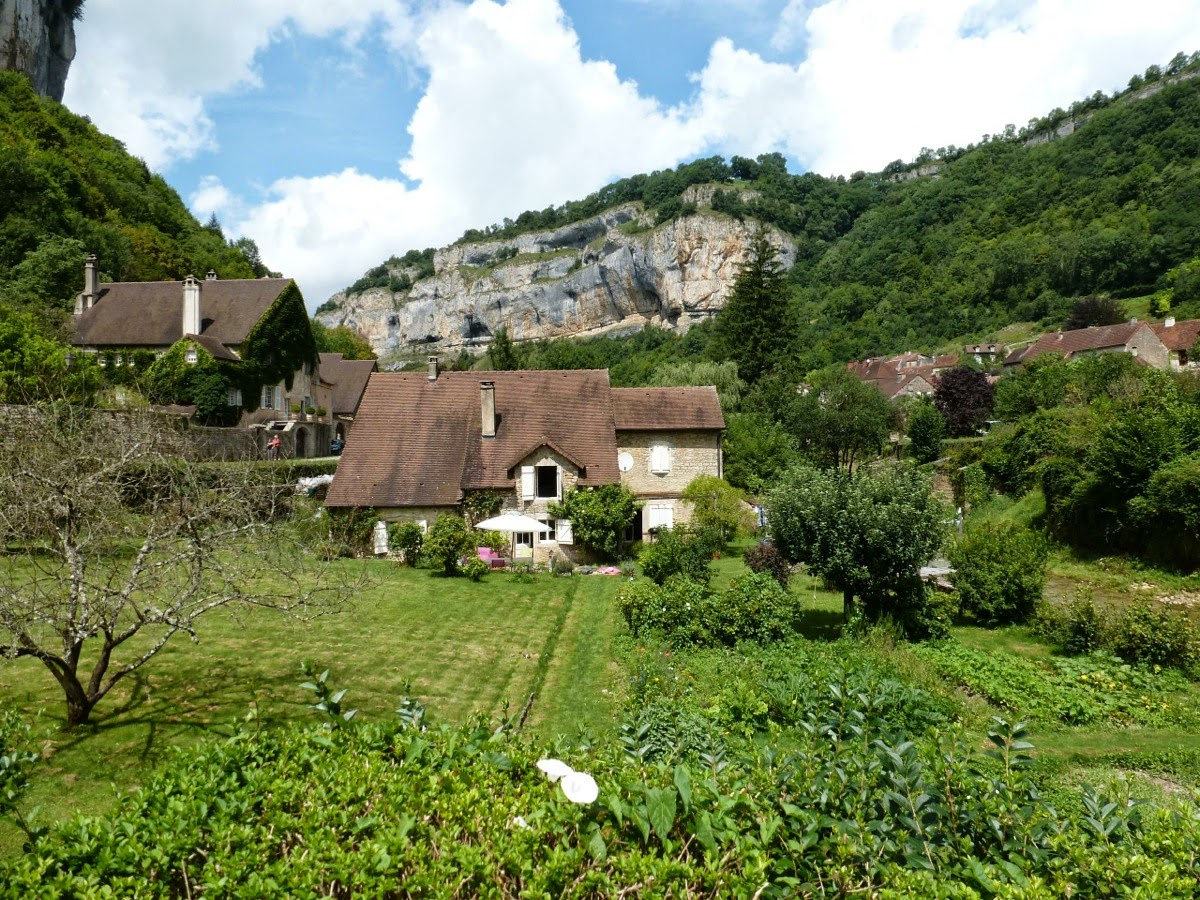 In addition to the attractive Hobbit village there is an abandoned abbey which may date back to the sixth century. 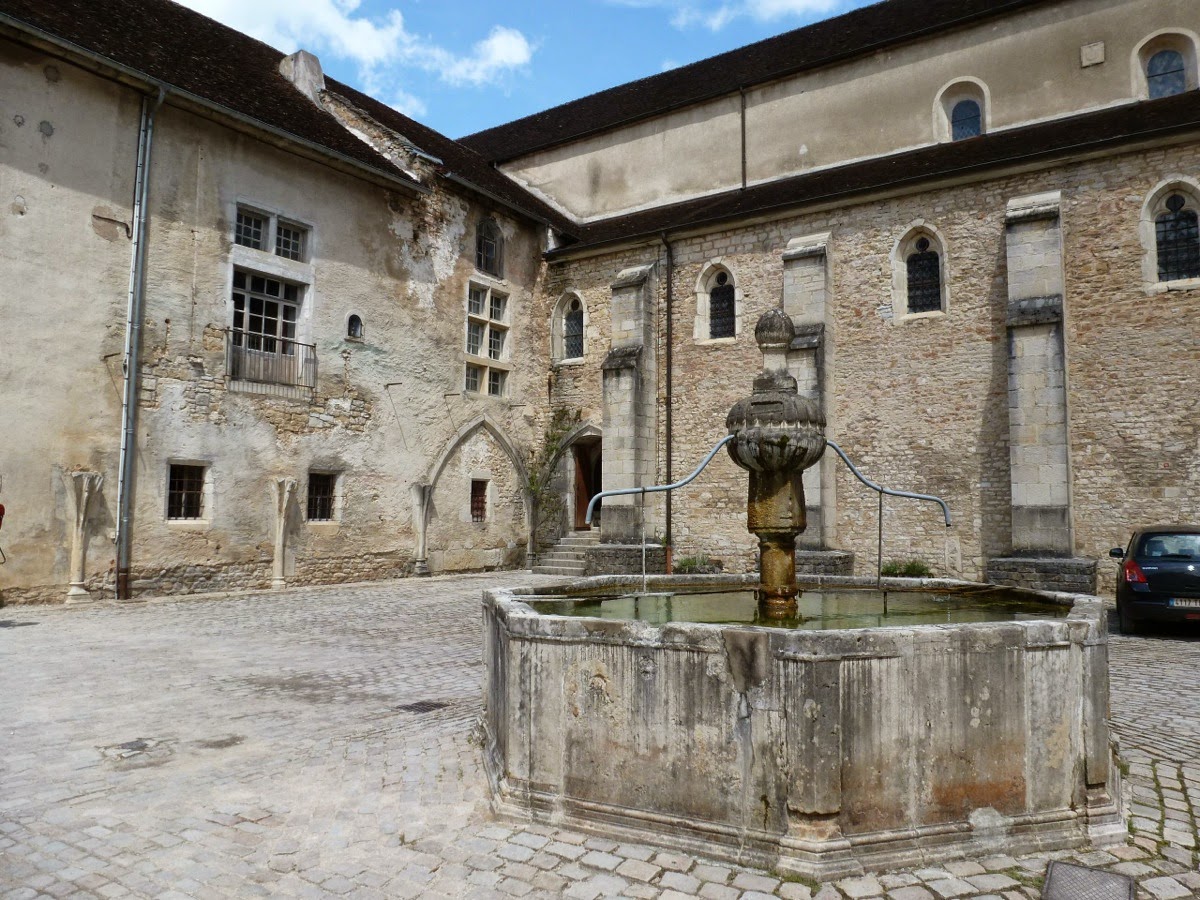 In the early eight century the abbey and some surrounding villages were destroyed by Saracen raiders. The abbey was refounded in the ninth century. It is now open to visitors. There is a small tourist shop and a restaurant. It looked as if there was also accommodation available.

A river flows alongside the road into the village and there is an attractive  camp site by the river. 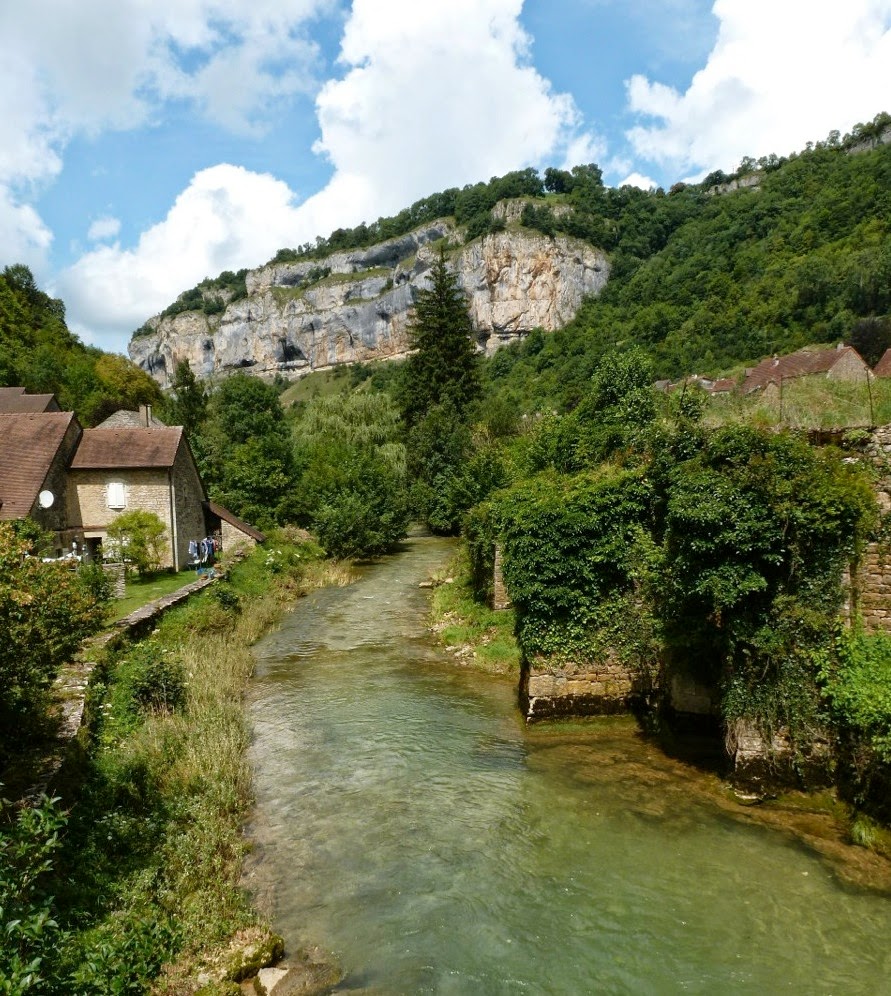 We visited in August and the village was not too crowded. Free parking was available.