Birmingham is England's second largest city and the hideous building below is their new public library. It was built at a cost of £190 million. Birmingham claims it is the largest public library in England.  It is the kind of building that architects call iconic and everybody else calls crap. 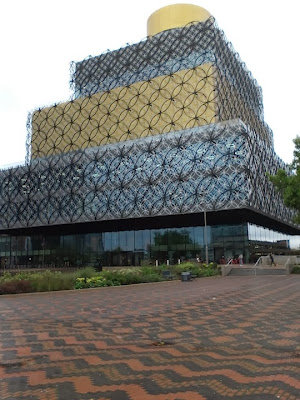 I had a look around the library recently and I have to say I think the Brummies wasted their money.  In the age of Google and ebooks I don't think building a big book box was a good use of their money.

Its a big building, but it seemed to be a bit short of books. There were empty shelves and empty spaces were there could have been more shelving [if they had the books].

The library had lots of computers and there were about 10 to 20 times as many people using computers as reading books.  The library seemed to be more like a large internet cafe than a library. 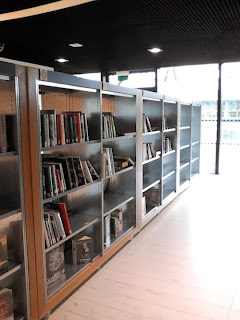 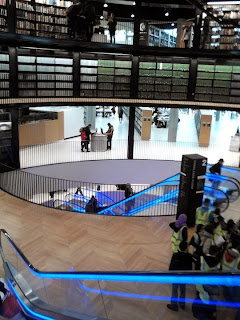 Birmingham might have been better advised to spend a great deal less than £190 million digitising the important books in their collection and making the information available online. 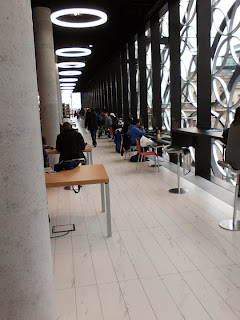 There is a nice roof garden with good views of central Birmingham.  However, since Birmingham is one of the most hideous cities in the UK this is not as delightful as it might sound.