Melk Abbey is a Benedictine abbey in Austria. It was founded in 1089 but the  buildings you see below were built in the early 18th century. The abbey stands on a hill above the town of Melk and near to the Danube. It is a UNESCO World Heritage site. 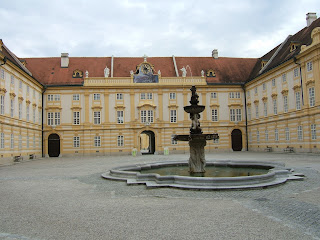 As you can see from the photographs a lot of money has been spent on internal and external ornamentation. I suppose that some would justify the expenditure by saying it was done for the greater glory of God. I find it offensive and would have preferred to have seen the money spent on building an orphanage or a hospital for the poor. 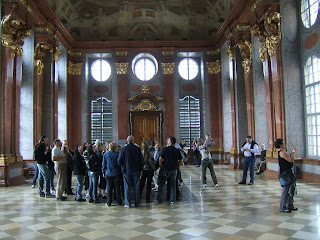 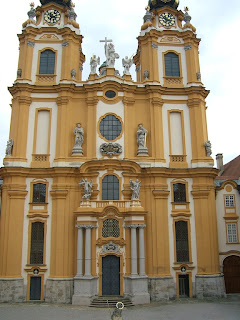 The Benedictine monks of Melk  were frugal in one respect. The coffin below was designed to be reused. After it had been lowered into a grave a lever was operated causing the bottom to open. The coffin was then lifted out to be used again.

The monastery at Maulbronn  [near Baden-Württemberg, Germany] was founded  by the Cistercians in 1147.  UNESCO describes the monastery as 'the most complete and best-preserved medieval monastery complex north of the Alps".

The Cistercians are an offshoot of the Benedictine order. The order emphasises frugality and hard work, and scorns waste and ostentation. The Benedictines are supposed to do the same, but apparently not enough for the Cistercians. 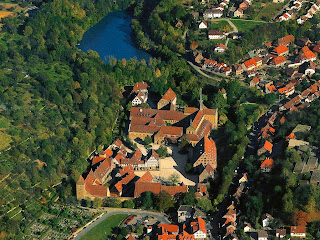 The Catholic monastery had lots of problems with Protestants during the Reformation and it changed hands several times. Finally, the monastery was secularised in 1807. Parts of the  monastery are still used for religious purposes, but the site is open to visitors. There is a charge to enter the church but none to enter the monastery grounds 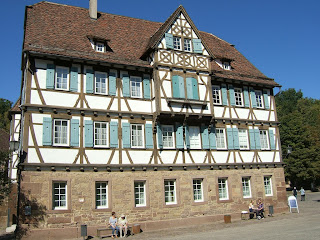 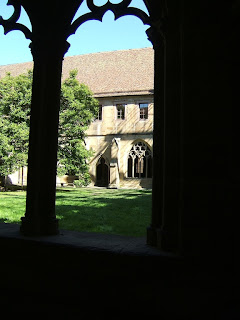 Melk is very ornate. Maulbronn is not. The church is very spartan. There is non of the Baroque work found at Melk. The Cistercians believed in hard work [to work is to pray] and no money was wasted on ostentation. 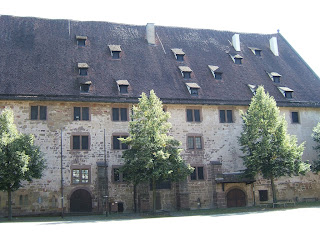