The Royal Château de Blois is in the centre of the city of Blois, in the Loire Valley in France.

Blois is a pleasant small town, though a bit short of decent, reasonably priced restaurants. Its a good base for visits to the many chateaux in the area.

The Château de Blois is not Chenonceau or Valençay [my favourite because of its association with that old reprobate Talleyrand] but it is well worth a visit.

It has been home to various kings and all have tinkered with it;  though it was Gaston duc d'Orléans, the man who would be king, who did the most destructive tinkering.

There are four wings around a courtyard, each of the wings being the creation of a different person.

It has been extensively restored. By the time of the French Revolution the  castle had been empty for more than one hundred and thirty years. The revolutionaries stripped out anything of value that remained. Then it became an army barracks.  The kiss of death for any building. 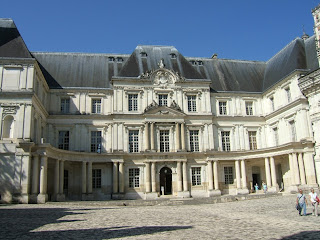 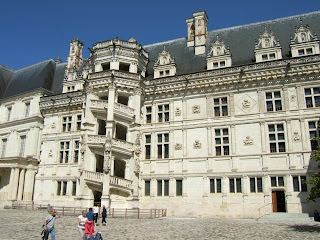 If you go around an English stately home all the furniture, paintings etc. will be there [provided they have not been sold by the fool of the family].

That is not true of French châteaux.  At the time of the revolution they were all gutted and their furniture finished up distributed amongst the hovels of the local peasants. That is why they seem empty compared to their English equivalents. Any furniture and fittings they do have has usually been acquired later. 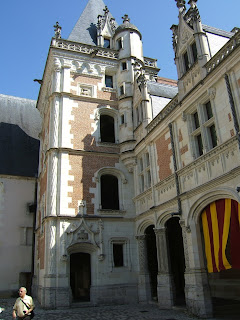 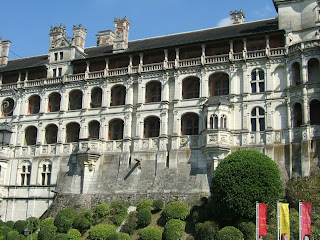 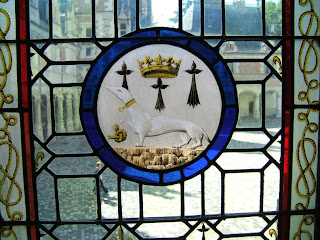 The stained glass window above contains the symbol of one king. The porcupine below is the symbol of another [at the time porcupines were thought to be dangerous creatures who could shoot their quills at their enemies]. 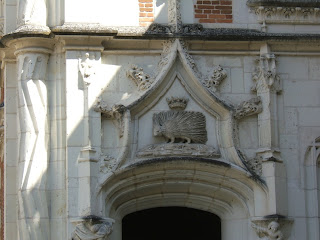 Is that a daschund in the window??