The ten most important drugs 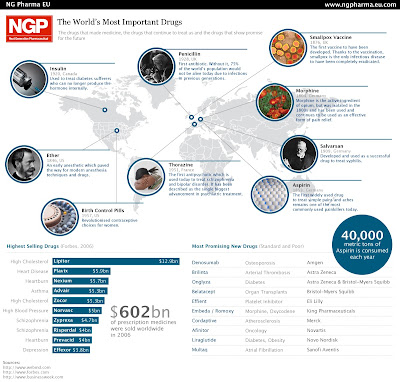 A group at WebMD have compiled a list of what they consider the ten  drugs that they think have had the greatest effect on human society.

'First antibiotic. Without it, 75% of the worlds population would not be alive today because of infections in earlier generations.'

That seems a remarkable claim and it would be interesting to see how the figure was calculated. Does it mean that if antibiotics had never existed the world's population would be much less than it is today? Penicillin would have had to have saved people's lives before they had children otherwise it would not have any effect on population levels. Did penicillin significantly reduce infant mortality?

I have always thought that improvements in public health, housing and diets had been responsible for most of the reduction in infant mortality and in extending lifespans.

Since overpopulation is responsible for much poverty and a significant proportion of environmental problems does that mean we should regard Alexander Fleming as a villain rather than a saviour? 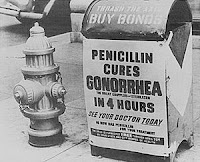 Penicillin and birth control pills [also one of the ten] certainly had a remarkable effect upon female sexual activity. Particularly birth control pills. After they became available it turned out that female modesty had been based on a fear of disease and a even greater fear of pregnancy. When these fears were removed female sexual behaviour changed entirely.