A few nights in Madrid

I recently spent a few nights in Madrid. A place I had never visited before.

Madrid has one of the best city centers I have seen, with many fine and very well kept buildings. The city obviously exercises close control over the design and upkeep of buildings. It also restricts the number of advertising hoardings that can appear. Something that other cities could copy. 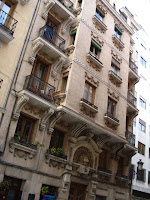 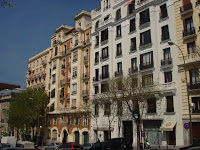 We were there as tourists and tried to visit some of the palaces, monasteries and museums. This was made hard by all the museums closing on the same day [Monday], and having very short opening hours on other days. This makes it difficult to see as much as one might like, and makes Madrid poorer value as a tourist destination.The ones we did try to see were


Reina Sofia – a modern art museum in the centre. I was very unimpressed. A nice building but a poor collection.

Prado – I did not visit the Prado but my companion did and was very impressed. Be prepared to queue for a long time. 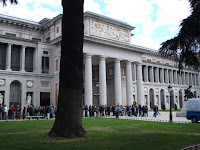 Palacio Real – the royal palace.  It costs 8 euros to visit. Our tickets were not checked for the two most interesting parts, an apothecaries museum and an armory. They were checked for the royal quarters. These were very dull. Lots of gold paint but poor internal design and mediocre furniture. My advice would be to either skip the Palacio Real or just visit the [free] apothecaries museum and armory. 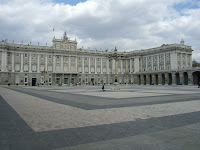 Monasterio de las Descalzas Reales – this is where  the Spanish aristocracy dumped inconvenient daughters. We would have liked to have visited but you can only go around in a guided party and these soon book up. 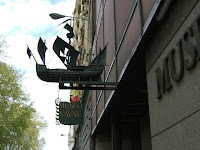 Naval Museum – this is in the same building as the Spanish Armada [or Naval Department]. It is a real gem, with the best collection of naval artifacts I have ever seen. We British think of ourselves as the lords of the sea, but the Spanish were going around Cape Horn and up the coast of Chile whilst we were still trying to master rowing. I visited the museum twice and would have liked to spend longer there each time.  Entry is free but you have to show your passport [WTF?]. There is a small shop with some excellent prints and souvenirs at very reasonable prices.There is a brochure in English but it would have been nice to see some  exhibits with captions in English. Unfortunately photography is forbidden. 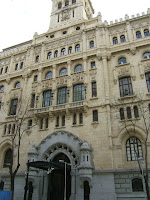 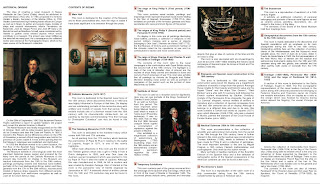 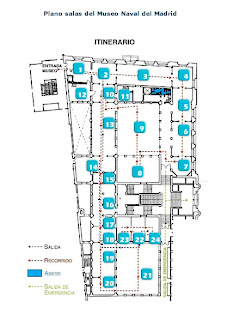 In addition to the super clean city centre there is an old quarter with lots of narrow streets, and bars, restaurants and shops. This is not so clean but is more interesting. We went in search of the Tapas lifestyle. Supposedly the Spanish do not get as drunk as we British when they go for a night out because they go from bar to bar, eating tapas with each drink.  Well, perhaps this is true, but I saw very little evidence of this happening, or even of many bars serving tapas.

Spanish coffee is very good and cheap. Why is it weak and expensive in Britain?

Thanks to Gordon Brown's mismanagement of the British economy the value of the pound against the euro has fallen by one third. The euro countries are now damned expensive.  If you go to a euro country take a banjo. You may be able to raise some money with a bit of busking.

We stayed at the Hotel Agumar. I would stay there again. It is close to the centre and the main railway station. Our room was nice, the staff spoke English and were helpful, and it was reasonably priced. Our room had very good air conditioning [Madrid gets seriously  hot in summer]. However, they overcharge for internet access. 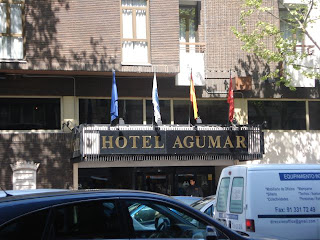