Harvington Hall is a 16th century moated manor house located south-east of Kidderminster in England. It was built in the 1580s, at one point was left derelict, and is now owned by the Roman Catholic Church.

It is open to the public. The visitors fee is £5. You can go around on your own or join a tour led by a volunteer.  It is well worth joining a tour. Mine was very interesting and informative.

As you can see from the photograph it is a very attractive building with its red brick and sandstone. 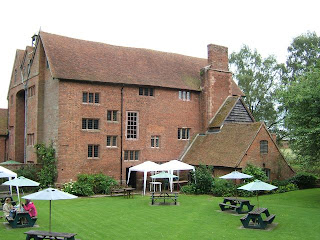 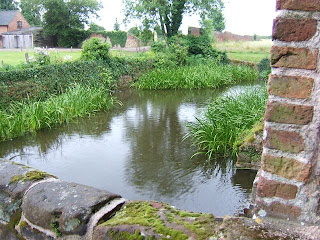 Harvington Hall is known for having  more priest holes than any house in England.  A priest hole is a hiding places for priests built into many of the principal Catholic houses of England during the period when Catholics were persecuted by law in England. This persecution started early in the reign of Queen Elizabeth I in 1558.

Nicholas Owen, who was the leading builder of priest holes,  must have spent a long time at Harvington Hall. 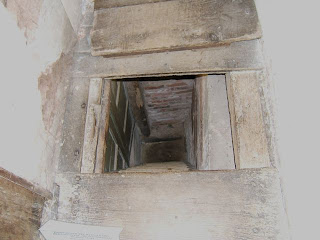 Whoever built them displayed a sound knowledge of practical psychology. For example, this one was underneath a corridor.  If the trapdoor had been put in a room there would have been the danger that someone sitting in the room might might notice some anomaly and investigated, but nobody lingers in a corridor. 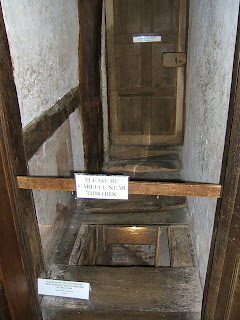 This one was under some stairs. If somebody lifted the stairs they would find a jewellry store. Greed might then lead them to steal the jewellery and forget to investigate further and find the priest hole beyond. 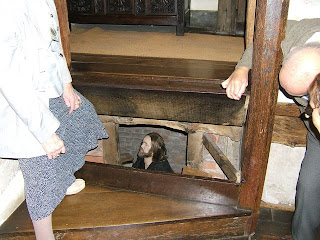 The piece of wood on the left just looks like a supporting timber. 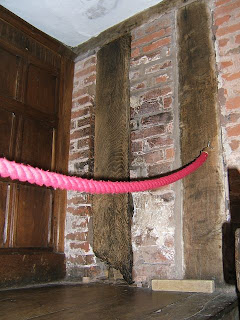 However, it tilts up to reveal a priest hole. This hole was so well hidden that it was only discovered in the 20th century by some children who were playing. 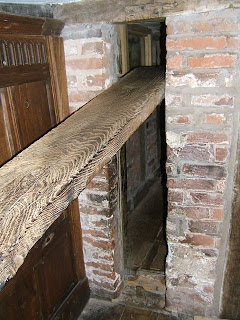 My favourite was this one.  The priest hole is in the ceiling of a room and to get to it you have to climb up this chimney. 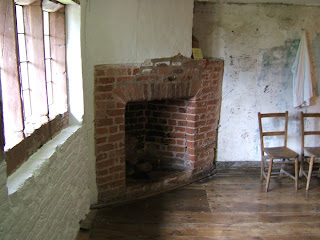 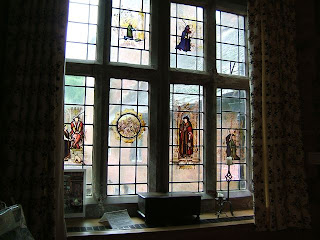 It would have been interesting to see more on the history of the house and how it was restored. There could also have been more on Elizabeth's persecution of the Catholics that created the need for the priest holes.

Harvington Hall is well worth a visit.

Hi I am a guide at the Hall - those are not transfers! (agree that really would be naff) They were once part of a church window stained glass.
They depict the life of Thomas More who was executed by Henry VIII for his beliefs.