Ightham Mote (pronounced "item moat") is a moated manor house located to the south-east of London. It dates back to 1320 and has been described as "the most complete small medieval manor house in the country [Pevsner]. It is owned by the National Trust and is open to the public. 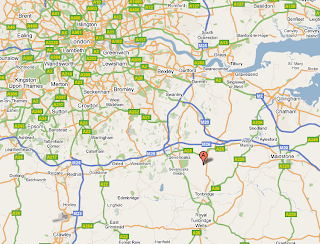 It is a beautiful house in a secluded valley. Before modern roads it must have been hard to find and [in winter] hard to reach, despite being so close to London. There is a story that Cromwell's soldiers wanted to loot the place but could not find it, so they looted another house instead.

It has been owned by a number of families. The Hautes, the Selbys [who had it for three centuries], the Colyer-Fergusons and the American general who founded Colorado Springs. None of the British owners played any great part in national affairs.

When the house fell on hard times it was saved by an American called Charles Robinson. He bequeathed it to the National Trust. 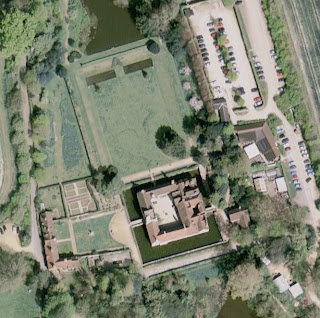 To the left of the house the former stables and staff quarters have been converted into flats. 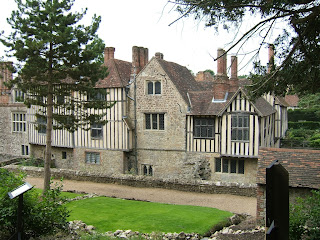 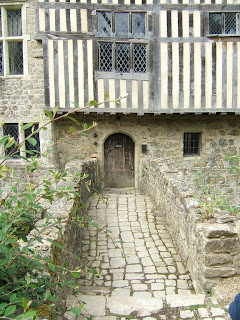 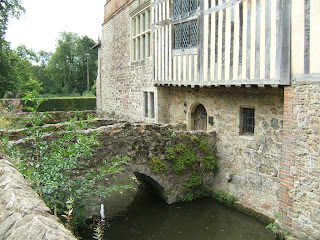 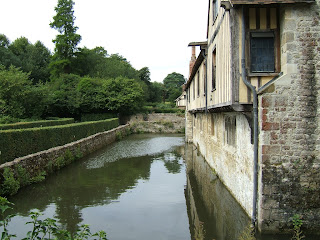 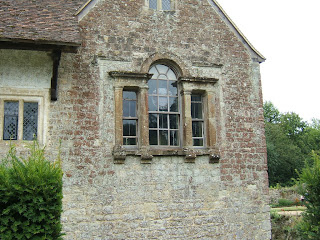 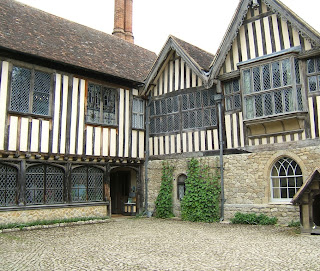 The small courtyard. You can see the Grade 1 listed dog kennel to the right. My earlier post on the dog kennel is here. 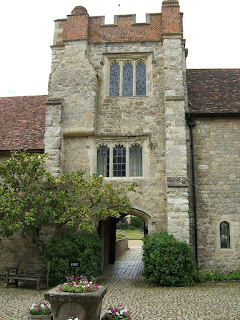 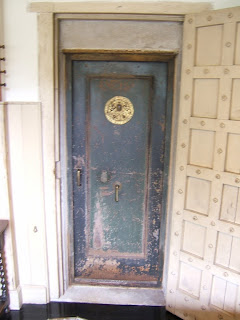 The house's valuable silver was kept in a safe in the butlers pantry. 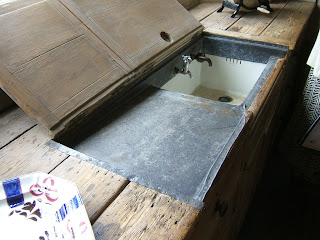 The sink and draining board are covered in lead to reduce damage to valuable pottery and silverware. 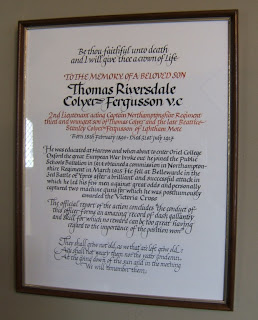 The First World War was particularly heavy on subalterns and the British aristocracy never recovered from its losses.

By the end of the 1980s the house was in poor condition and the National Trust decided on a major restoration. So major that it came close to complete demolition and rebuilding. The NT spent over £10 million rebuilding the house, employing the same building techniques that had been originally employed. There is an exhibition at the house showing what they did and the tools they used. The tools below are for working lead. 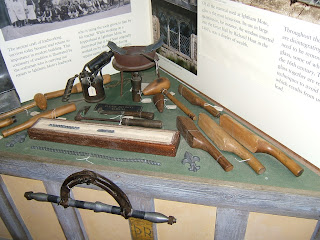 I think Britain is fortunate to have an organisation like the NT, which is willing to spend a lot of money to preserve something like Ightham Mote and has the skills needed to do such a good job.

The house has over 70 rooms. Not all of them are open to the public. The ones that are closed are shaded on the plan below. There are more than enough rooms open and furnished to provide a superb experience. 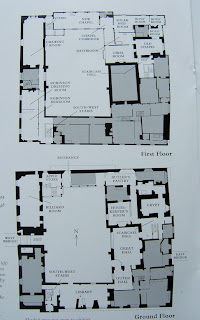 This is my third post on Ightham Mote. My post on its giant dog kennel is here and a post on its porters squint is here.