Baddesley Clinton is an medieval moated manor house just to the south east of Birmingham in the United Kingdom.  The Baddesley part of the name comes from a Saxon called Baeddi who cleared the site in the Forest of Arden. The Clinton part comes from the Clinton family who dug the moat in the 13th century.

For 500 years the manor house was the home of the Ferrars family. If that seems a long time for one family to own a house consider that Country Life magazine estimated that there were still over 1500 houses and estates in England that had been owned by the same family for over 500 years.

The house is now owned by the National Trust and is open to the public. 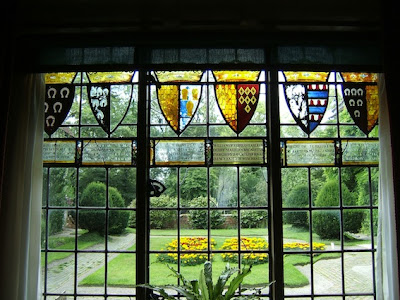 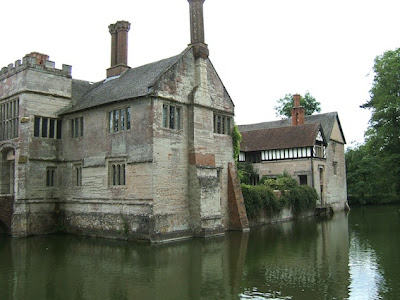 One side of the courtyard is open. There might have been a great hall on this side at one point but now there is a garden. 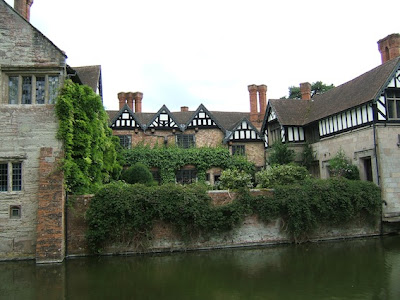 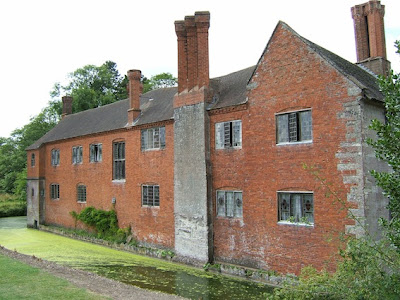 Baddesley Clinton has had many owners who have extended or changed the house. Most of the façade is stone, but as you can see above, there is one side faced in brick. Some of the history of the house can be read in its structure. 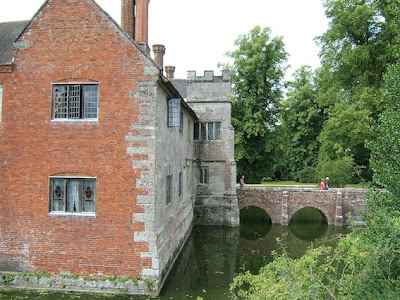 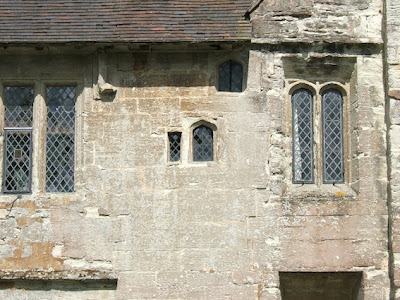 Baddesley Clinton has three priest holes. These are concealed places where Catholic priests and their adherents could hide if the house was raided by government agents [the government was persecuting Catholics at the time the holes were created and priests faced torture and execution].

Two of the holes are covered up and cannot be seen. The trapdoor below is the entrance to the third, a disused sewer at the rear of the house. Several people hid in this hole for four hours when the house was raided. 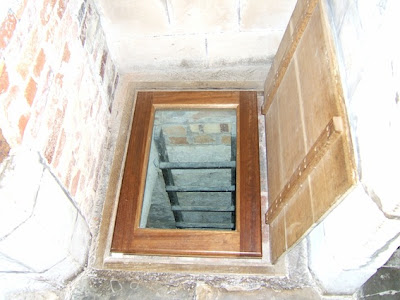 The National Trust has done a superb job of furnishing the interior.  Some of the furniture belonging to the house was sold during hard times so the Trust has brought in items from other houses, or donations it has received. 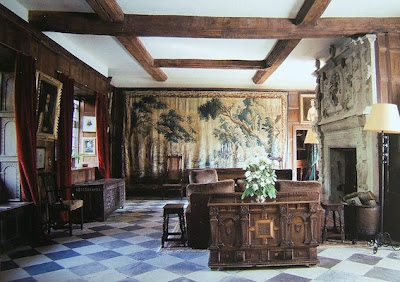 The photograph below shows the library. 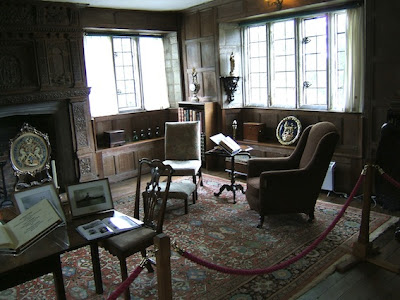 The house has some superb stained glass. 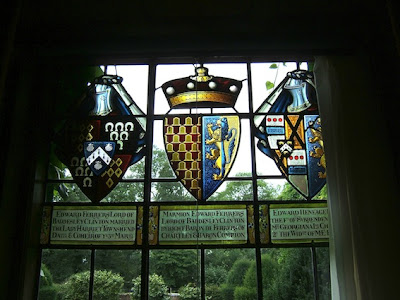 See my posts on Ightham Mote and Harvington Hall

I could SO live there...

So could I, but I have an even better one still to write about.