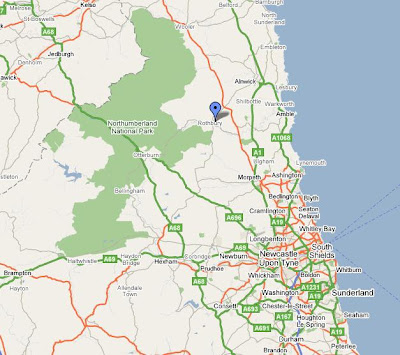 Cragside was the country house of the great British engineer, Sir William Armstrong. The house is now in the care of the National Trust and is open to the public. Unfortunately, visitors are not allowed to take photographs within the house so I can only show you the outside. About twenty rooms have been restored and can be visited. These include the kitchens, Armstrong’s study, bedrooms, a library and a drawing room with a magnificent fireplace. I would have liked to have seen the servant’s quarters and asked about access, but was told that the rooms were so small that they could not be opened to the public. 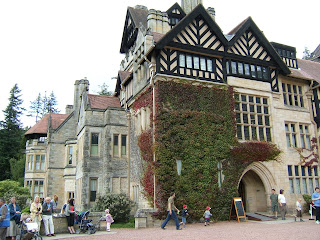 Armstrong was one of Britain’s leading engineers, inventors and industrialists. He built up a huge industrial enterprise near Newcastle. At first it produced cranes and hydraulic equipment. Later Armstrong developed a revolutionary breech loading canon and his factories began to produce armaments and, later, warships. 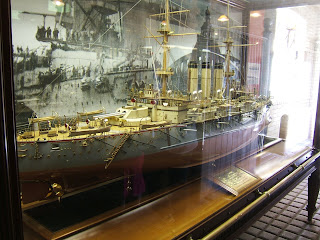 Armstrong’s ingenuity made Cragside the most technologically sophisticated house in the world.

“In 1868, a hydraulic engine was installed, with water being used to power labour-saving machines such as laundry equipment, a rotisserie and a hydraulic lift. In 1870, water from one of the estate's lakes was used to drive a Siemens dynamo in what was probably the world's first hydroelectric power station. The resultant electricity was used to power an arc lamp installed in the Gallery in 1878. The arc lamp was replaced in 1880 by Joseph Swan's incandescent lamps in what Swan considered 'the first proper installation' of electric lighting.” Wikipedia

There are very extensive gardens but I did not have time to visit these. The house is well off the beaten track, but worth a visit if you happen to be in the north east. I made the mistake of visiting at the weekend in the summer, and there were so many people that moving about the house was difficult. Go off peak if you can.

Maybe they didn't want you to see the Whipping Post in the servant's quarters!