Data Retention – How did the Scottish MEPs vote?

The EU Parliament passed the Directive on Data Retention by 378 to 197 votes. After it has been passed by the Council of Ministers it will be obligatory for each country in the EU to pass national laws implementing the Directive. If you want to know more about data retention you can read the Wikipedia article on the subject. If you want to know why data retention is a bad idea you can read this.

The Directive was only passed because the Party of the European Socialists (PES) [which includes the UK Labour party], and the European People's Party (Christian Democrats) and European Democrats (EPP-ED) groups [which includes the UK Conservative party]. You can read more about the EU parliamentary groups here. It is not clear why both these groups voted for this iniquitous scheme. No doubt some dirty little deal was done behind the scenes to persuade these groups to sell out our civil liberties.

The Spy Blog has done a nice analysis of how MEPs voted. You can read it here and see how your MEP acted. None of the Labour MEPs voted against, but ten Conservative MEPs rebelled. Only the Liberal Democrats were united in voting against the directive.

Four of the seven Scottish MEPs voted against the directive. They were

David Martin of the Labour Party did not vote. 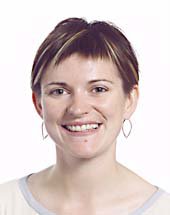 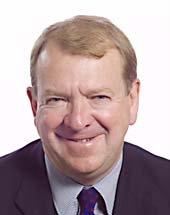 I wrote to all seven Scottish MEPs [note that if you live in Scotland all seven MEPs represent you [reference]] before the vote, and four replied. I have written to all seven again. Just a very short note, either thanking them for voting against the directive, or saying I was sorry they had either not voted, or had voted for the Directive.

Why don’t you do the same? You can use the Write to Them site and the entire process is very easy. You could also write to them directly via this site. I think it does no harm no remind our Members of Parliament that the internet has changed the rules of the game and their activities are under surveillance. I am sure Ms Stihler and Mr. Stevenson will particularly appreciate being watched.