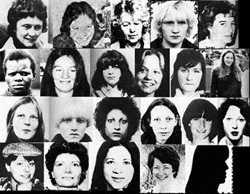 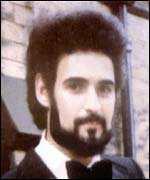 During the 1970’s in England a serial killer called the Yorkshire Ripper killed at least thirteen women. The police launched a massive, but unsuccessful, hunt for the Ripper [he was eventually caught by chance]. At the time nobody could understand why the police could not catch the killer.

Then the TV went inside the police HQ and it became immediately obvious why they were being unsuccessful. They were storing all their data on 5x7 file cards. They had mountains of them. Something as simple as a patrol stopping a suspicious car would generate seven separate cards. There would be one card showing the colour of the car, another card its make, another the date and time of the stop; and so on.
I thought at the time that the killer was probably somewhere in that pile of cards but they would never be able to dig him out. In fact, that was true. The killer had been tagged twice as a serious suspect, but the cards had been filed away and never followed up.

After this fiasco the UK Home Office bought a software system called HOLMES [Home Office Large Major Enquiry System] to handle the data in major enquires. That would include not only murders, but any major incident, such as a train or plane crash. HOLMES would have been used in the recent London Tube bombings.

The system is now in its second iteration. This PDF file contains a slide show put together by the systems developers and shows how HOLMES2 would be used in a murder investigation. You can see that the reality of a murder investigation is very different from the fictional portrayal. Instead of some brilliant but quirky investigators wondering around questioning suspects and collecting clues, before clapping the handcuffs on the killer, there is a methodical process of data collection and analysis.

If the police had had HOLMES earlier they would have caught the Yorkshire Ripper much sooner and several lives would have been saved. However, there are dangers in this approach. In a later case involving a serial rapist the police passed over a likely suspect because HOLMES showed him in as being in prison at the time of one of the rapes. In fact, somebody had entered the wrong release date.