After the last Roman forces left England and Wales in the fifth century a number of  Germanic speaking invaders [Jutes, Angles, Saxons] started to arrive. 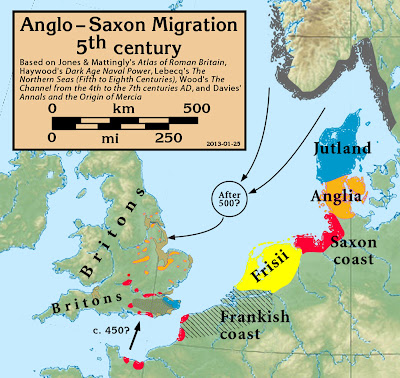 These displaced the Celtic tribes [Britons] which had previously occupied England and Wales, driving some of them west into Cumbria, Wales and Cornwall. The invaders established a number of kingdoms. These kingdoms were later threatened by Viking invaders. 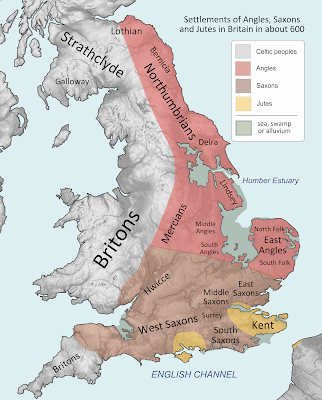 Some Britons chose to leave the country. One group went to Armorica [now known as Brittany] in France. Their descendants are known as Bretons. 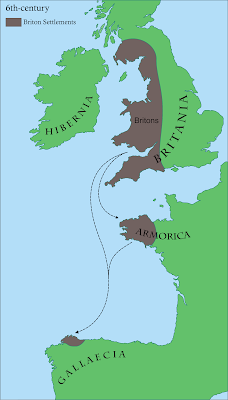 A smaller group went to Gallaecia [now known as Galicia] in Spain and founded the settlement of Britonia.

By the 9th century the Danelaw had been established, the Celts driven to the peripheries and only three Anglo-Saxon kingdoms remained. 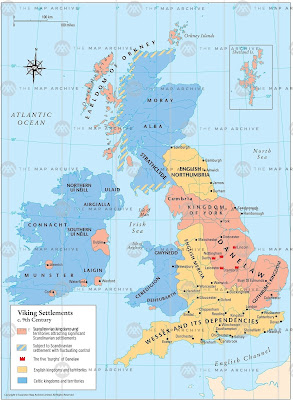