Forgotten History - The Bruge U-boat base

Some of you will have visited the World Heritage Site of Bruge. If you haven't I would suggest you add it to your bucket list.  It is well worth travelling to see [unlike the Giants Causeway of which Doctor Johnson said "Worth seeing, yes; but not worth going to see."] Bruge is well worth a long journey and a 2/3 day visit. 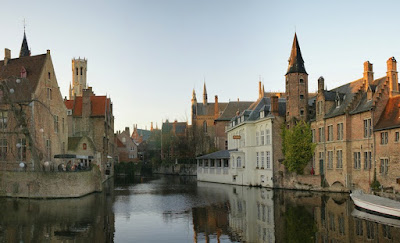 Bruge was once one of the great commercial cities of Europe. What I did not realise until today was that it was also the location of a World War One German U-boat base. This was particularly surprising because Bruge is 14km from the coast. This map explains the geography. 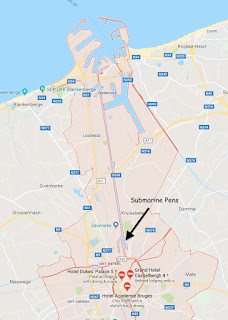 A canal connects Bruge to its port of Zeebrugge.  The Germans kept the U-boats in pens in Bruge, outside the range of British naval guns. The torpedo armed boats [type UB] and the mine laying boats [type UC] were built in Germany then shipped in kit form by rail to be assembled in Belgium. 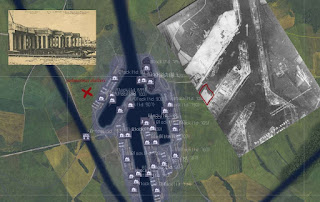 The boats then travelled down the canal to Zeebrugge and out to the sea to lay mines and torpedo British ships, mainly in the North Sea.

They did that very effectively. By the end of the war they had sunk a total of 2,554 Allied ships with a total tonnage of 2.5 million.

British anti-submarine warfare improved and by the end of the war 80% of the Bruge boats  had been sunk. Crews were understandably not keen on suicide missions and by 1918 some crews were either surrendering very easily or interning themselves in neutral countries.

If you would like to know more this book has just been published and this article is worth reading.