The  Clyde runs through Glasgow and connects it to the sea.  There used to be lots of docks on the river; some for building and repairing ships, others for loading and unloading cargo. 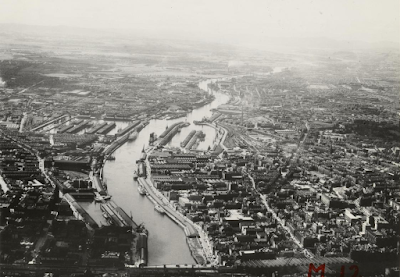 Some of the docks were very close to the centre of Glasgow. The small Kingston docks [below] were only a few minutes walk from the Central Station. 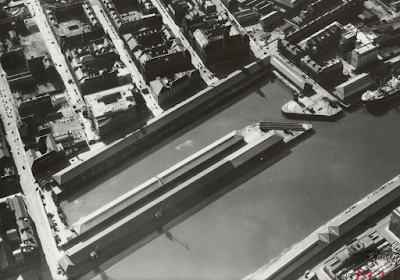 Two of Glasgow's biggest docks were only a short distance down the Clyde from the Kingston. The Princes Docks is on the left and the Queens Docks on the right. These date from the time when hordes of dockers swarmed into ship's holds and manually handled cargo. 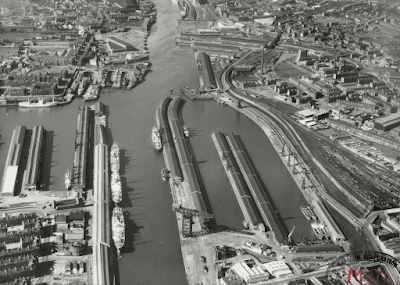 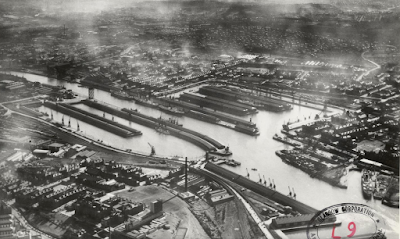 Some of the shipyards are shown in the photograph below. You can see the Harland and Wolff shipyard on the upper left and some dry docks on the lower left. 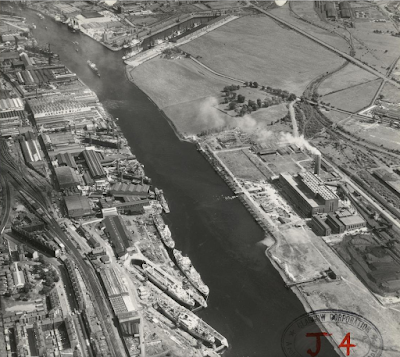 In time containerisation and South Korean shipyards did for the Glasgow docks.

In an excess of tidiness the City Council filled in many of the docks.  Now, having seen what other cities have done with their docklands they really wish the had not been so hasty.

Where did you get these photos from? they are really good.