EuroVelo 6 - Cycling along the Doubs near Bresancon

The EuroVelo bicycle routes are a network of long-distance cycling routes criss-crossing Europe. Currently there are fourteen routes making up a total of  27,962 miles. 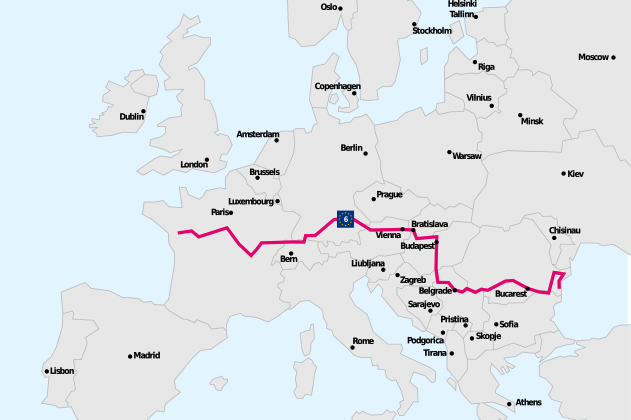 EuroVelo 6 runs 2,270 miles alongside several rivers, including the Rhine, Loire and Danube. It goes all the way from the Atlantic to the Black Sea. Part of it runs alongside the Doubs River by the French city of Besancon. 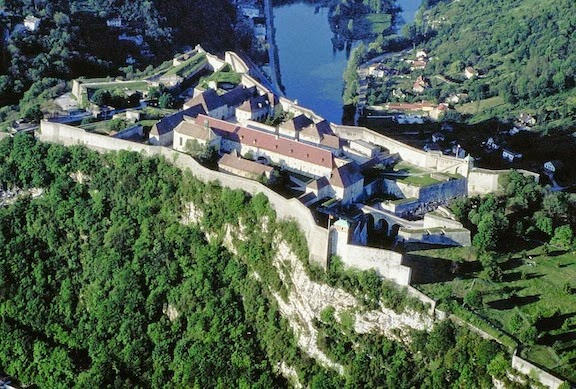 The Danube Bike Trail is part of EV6. I cycled a section of the Trail a few years ago [see this post].  This time I cycled east and west along the EV6, on either side of Besancon. 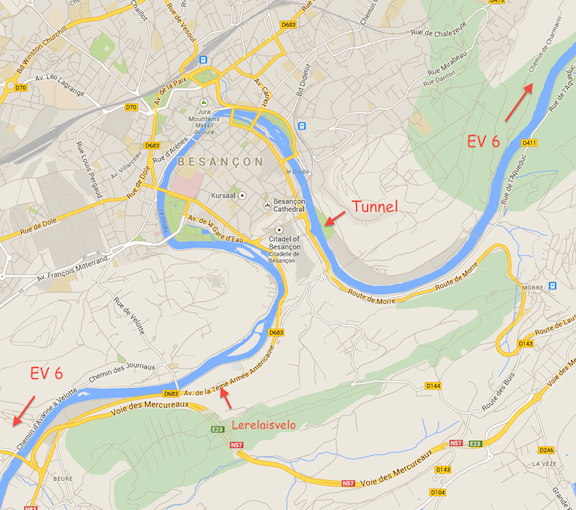 The path to the east and west of the city is joined by a river, foot and bike tunnel underneath Besancon's Vauban fortress. 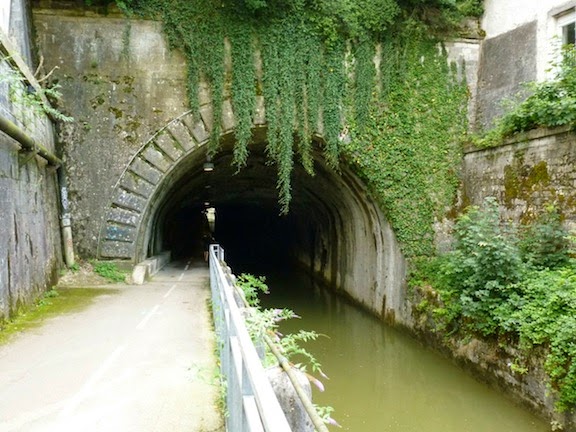 When I asked about hiring a bike the Tourist Office suggested two shops in the city but I found a much better one, called Lerelaisvelo [www.lerelaisvelo.fr] right  by the bike path [see map]. The shop was run by what seemed to be a father and daughter team. The daughter spoke good English and was friendly and helpful. They had an excellent selection of cycles, including electric bikes and tandems. I chose an hybrid.

The Wikipedia page states that only 8% of the EV network is traffic free asphalted path and 56% is low traffic public roads. The section I was on was about 80% traffic free asphalted path and the rest  low traffic public roads. The paths were in very good condition and free of anything likely to cause a puncture. Though it was mid week there were a lot of cyclists and skaters on the path.

There was not a lot of traffic on the river. In theory the Doubs is navigable by boat. In practice there are many low falls, each with either a lock or a bypass canal.