This settle is in a Jacobean manor house in the north of England. It is one of a pair that were originally positioned either side of a large open fireplace. They date from the 17th century. 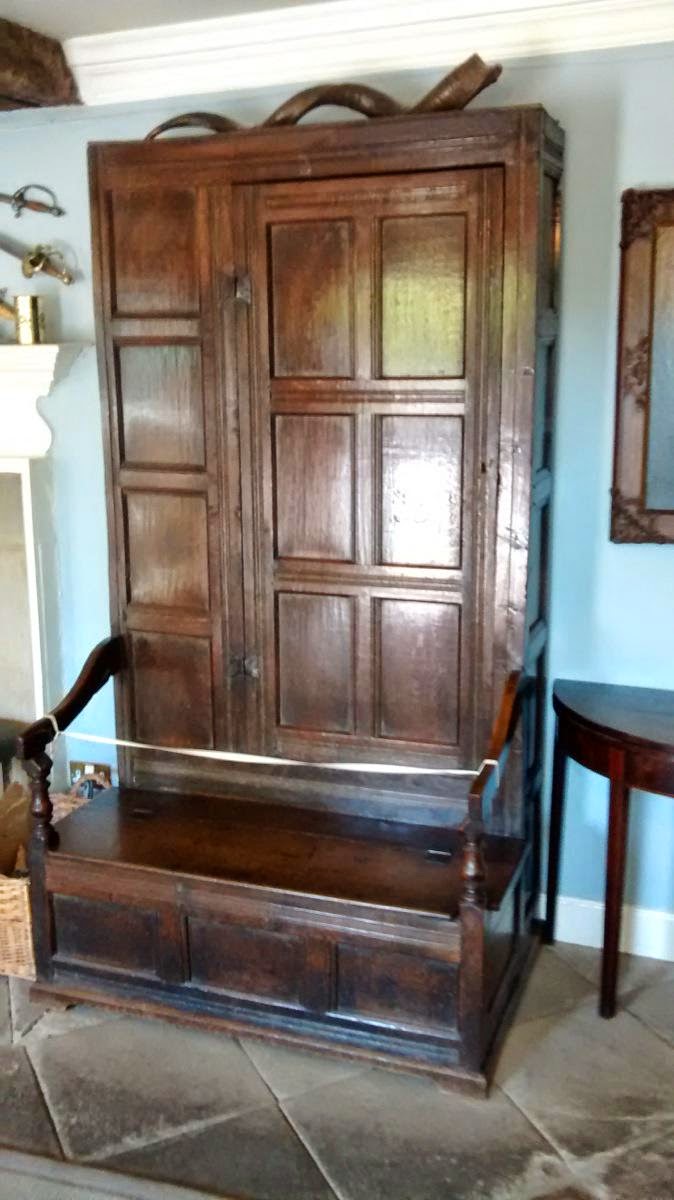 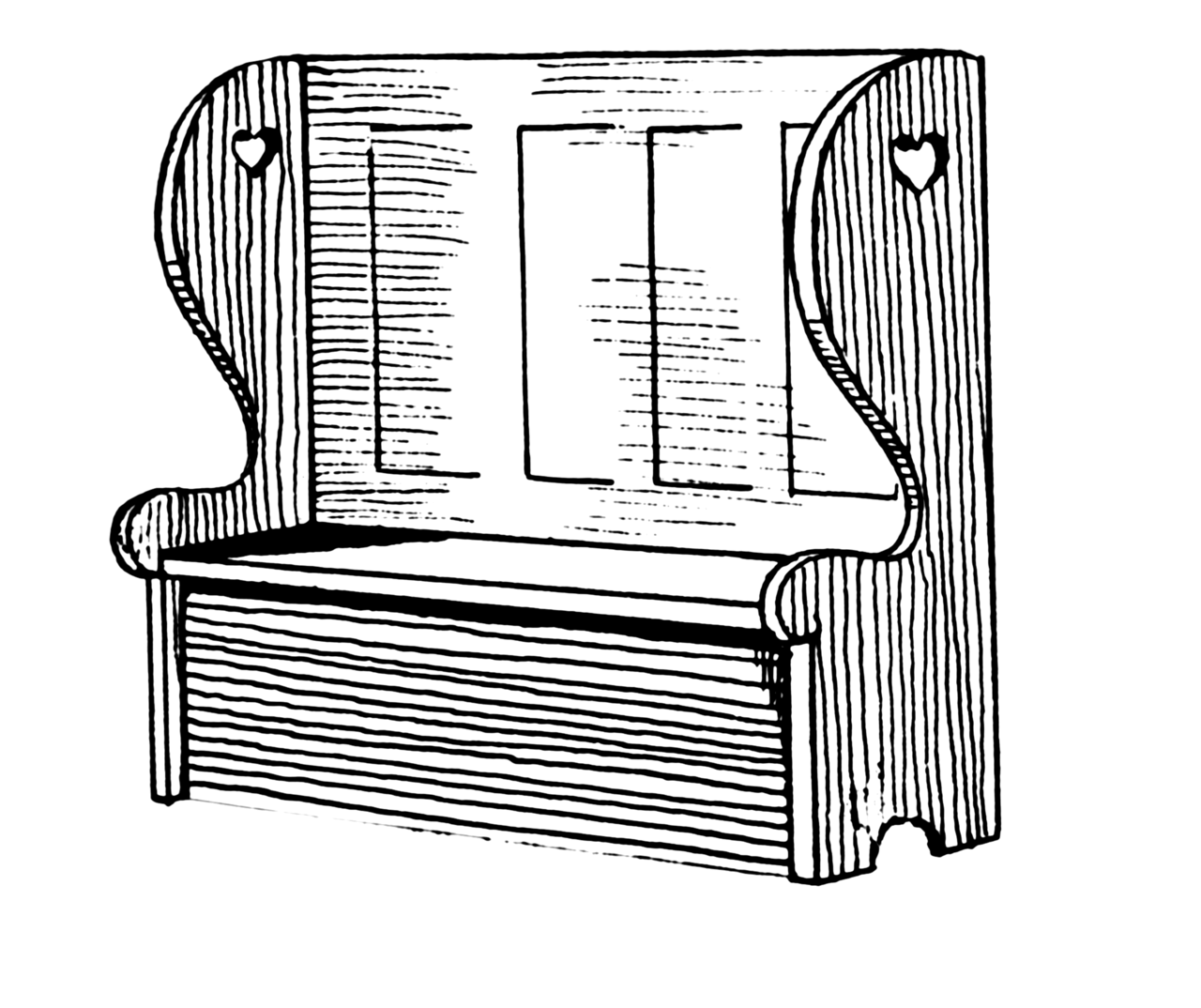 The one in the photograph has a large cupboard behind the seat.

It is called a bacon settle because the cupboard  was used to hang and store cured, salted and smoked meats.

Situated beside a fireplace, the cupboards were dry and not too humid, though perhaps rather pungent.  They provided perfect storage conditions for such preserved foodstuffs and such important household items such as wax for candles.

They were often modified later by adding shelves, or by moving them to the hallway to store coats and boots.