How Israel fuelled a civil war

In the early 19602 a group of British mercenaries went out to the Yemen to fight in a civil war between Royalists and Republicans. The mercenaries were mainly former SAS. Their story is told in 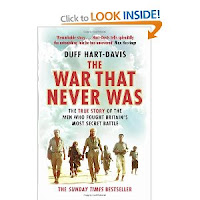 The mercenaries  fought on the side of the Royalists. These were a very unsavoury bunch who were supported by the equally unsavoury Jordan and Saudi Arabia. Britain  had an interest in protecting in base in Aden and connived at the mercenaries activities. The USA manoeuvred clumsily in the background.

Israel supplied arms to the Royalists. The Royalists didn't know that they were getting aid from Israel because it was funnelled through the British mercenaries. Israeli transport planes flew into a secret airfield in the mountains at night and unloaded guns and ammunition which the British then delivered to the Royalist groups. If the Royalists had known the source of their arms they would have been enraged.

Israel supplied the arms because they wanted to tie the Egyptians down in Yemen. The covert operation was successful.   Egypt's commitment to the war in Yemen is considered to have damaged its performance in the Six-Day War of June 1967. Egyptian military historians refer to the war in Yemen as their Vietnam.

Does this sound familiar?  It might do because many people believe that Israel is busy trying to repeat the trick in Syria. Their aim being to weaken an enemy and also draw a bigger enemy, Iran, into the quagmire.

What is motivating Britain and France? Why their sudden interest in Syria? Why, if they want to alleviate human suffering, are they not putting all their money into helping refugees? What is the winning scenario they are pursuing?

Some believer that Britain and France are being pressured by Israel to supply arms to the rebels in Syria. Supposedly this is being done to alleviate human suffering and depose Assad. Critics see several problems with this scenario.

Assad is the leader of the Alawites. The war is not between a tyrant and the Syrian people but between the Sunni majority and the Alawites [and other religious minorities including Christians]. Defeating Assad will mean defeating the Alawites and will result in massive ethnic cleansing.

Supplying arms to the rebels will prolong the war, not shorten it. Iran cannot let the Syrian government be defeated for reasons I covered in this post.  Russia does not want complete American hegemony in the Middle East.  If Israel's US and UK proxies feed arms and men into Syria they will do the same and the war will grind on.