Crathes Castle is not a castle but a 16th century tower house that was held by the Burnetts of Leys until 1951. Now it is owned by the National Trust for Scotland and is open to visitors. 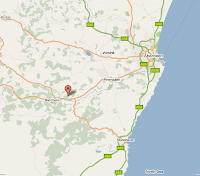 If I am never able to own a moated manor house such as Ightham Mote I will be prepared to settle for a tower house built in the Scottish Baronial style. Crathes would be  acceptable; Craigievar, which is nearby, would be even better. Castle Fraser, also nearby, might be too large for my modest tastes. 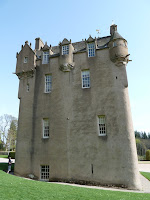 The building looks very fine in its original form. Unfortunately, someone added the unsightly Queen Anne wing shown in the photograph below. At one point this excrescence was damaged by fire. It is a pity the opportunity was not taken to demolish it. It just does not fit with the main building. 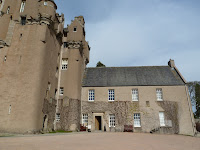 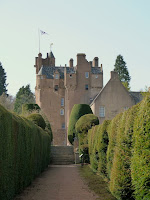 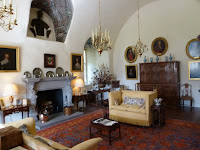 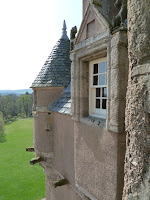