Some department stores used to try and reduce employee pilfering by having a central cashiers office. When a department sold something the money and bill would be placed in a cylindrical container and sent to the cashiers office through a pneumatic tube system. The sales would be recorded and the customers change and receipt sent back through the tube.

Though pneumatic tubes have largely disappeared from department stores, some systems still exist. For example, hospitals sometimes use pneumatic tubes to send specimens to laboratories. Pneumatic tubes were also used to send mail around cities. Low-tech Magazine has a nice article on more ambitious pipeline systems.

The photographs below show and earlier system of money transfer. This one was installed in a small department store. 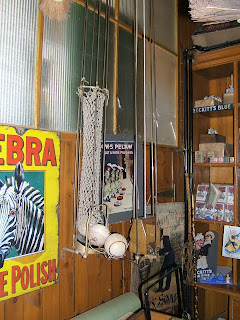 Shop assistants would put cash and paperwork in a hollow wooden ball and screw the two halves of the ball together. The ball was then  placed on metal rails and would roll down to the cashiers office. 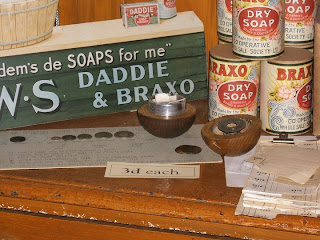 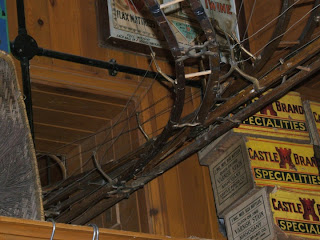 The cashier could send change and receipted bills back to different departments by using different sized balls.