A visit to Neuf-Brisach Star Fort

The star fort was developed when cannons made medieval castle walls too vulnerable . The walls of a star fort are low and made of earth and brick, which is much less vulnerable to cannon fire. Deep ditches surround star forts and enfilading fire used to turn the ditches into killing zones for attackers.

Many countries built star forts. Last year I visited Lucca in Italy and the older part of the city is inside a star fort.

Many military architects tried to get commissions to build start forts. In Bologna there is a museum display of wooden models that competing architects had created to sell their designs. In Paris fortification models are  on display in the Le Musée des Plans-Reliefs. 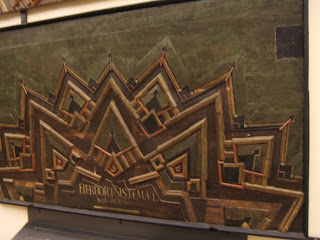 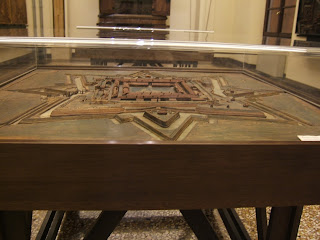 In France Vauban was involved in constructing hundreds of star forts. In 2008 UNESCO made twelve of Vauban's fortresses World Heritage sites.

Neuf-Brisach was one of the twelve forts recongnised by UNESCO. It looks spectacular form the air as can be seen from the photograph below. 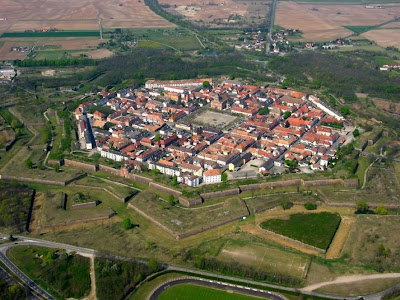 I was passing the fort recently and called in to take a walk around the walls and the town. The town of Neuf-Brisach is entirely inside the walls of the fort. 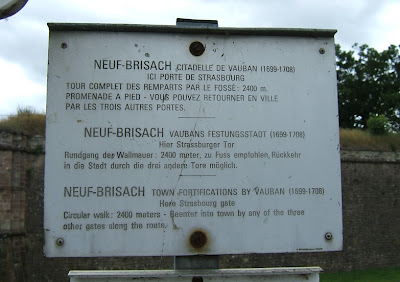 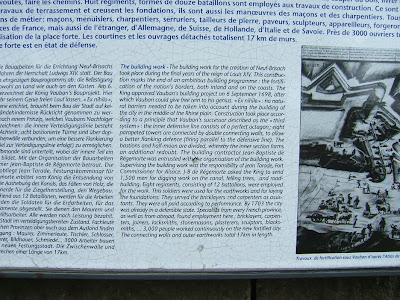 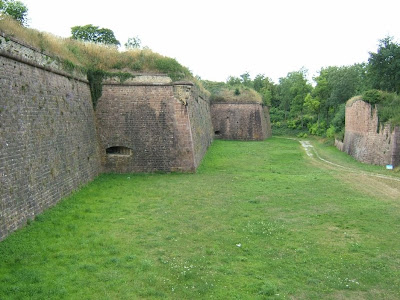 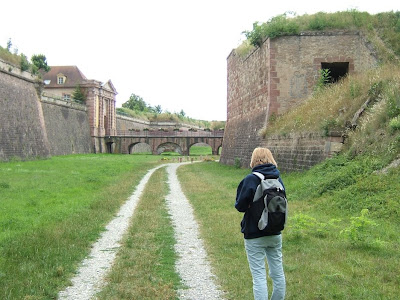 The  town was bombarded by the Prussians in 1870 and the fort captured. In 1945 some trigger happy Americans bombarded the town, causing great loss of life, without even bothering to send a patrol to check if there were still any Germans in the town. They even shot the chap who went out to ask them to stop firing. 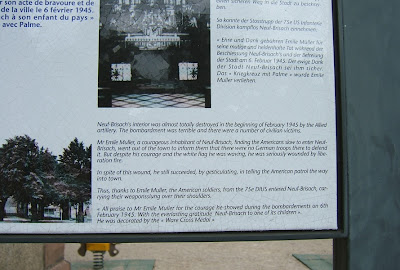 Perhaps because the town has been destroyed twice the buildings were not particularly distinguished, though the town appeared to be still fully occupied. 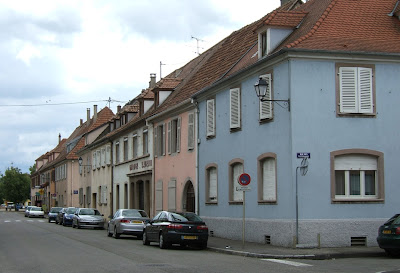