A visit to Stanley Mills

This post is based on a visit to an old cotton mill in Scotland.

Stanley Mills is located just north of Perth in Scotland. The mills were constructed in 1785 to harness the fast flowing Tay to mill cotton. Richard Arkwright was one of the seven founders. 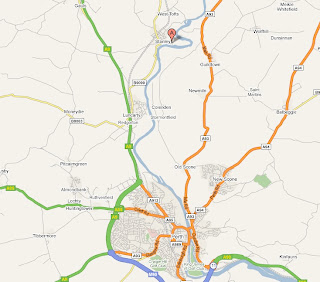 The mills operated until 1989, though they were occasionally closed, including during the Cotton Famine of 1861 to 1865, occasioned by the American Civil War. After closure the buildings rapidly deteriorated.


At the end of 1995 the site was acquired by Scottish National Heritage and restoration began. The site is now open to visitors. Many of the original buildings remain. The East Mill and the Mid Mill have been converted to private housing. The oldest mill, the Bell Mill, has been converted to an exhibition centre.

The photograph below shows the East Mill and part of the Mid Mill. 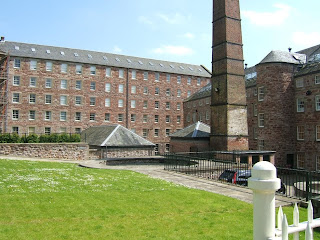 The Tay is Scotland's fastest flowing river and there was never any shortage of power for the mll machinery. Even so, nobody appears to have made much money from Stanley. One factor may have been transport costs. Until the railway came to Stanley in 1948 raw cotton had to be carted form Port Glasgow in a ten day round trip. 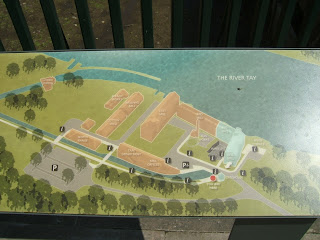 In the photograph above you can see the mill buildings that remain and the line of the lade that brought water from the Tay to the mill wheels. The channel on the left uses Tay water to power a  recently restored hydro electric station. 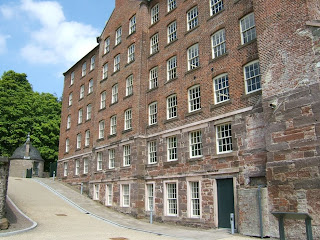 The Bell Mill above, with mixed stone and brick construction.
The photograph below shows the Mid Mill facing out onto the Tay. 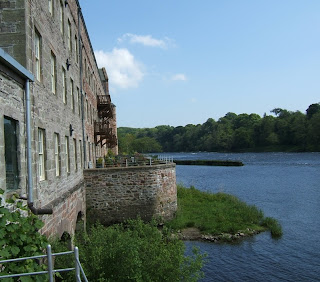 The History
The history of the site is very well presented in the Bell Mill with models, prints and interactive dsiplays. The audio visual display below is particularly well done.

In this print you can see the relationship between Stanley village and the mill site.

Stanley and New Lanark
Stanley and New Lanark are the two best preserved cotton mills in Scotland. David Dale was involved with both [see my earlier post on Dale's Five Mills] and Robert Owen, the social reformer, was one of the managers of both. There are significant differences between the two sites.


-  New Lanark is a UNESCO World Heritage site. Stanley is not.
-The village of Stanley was founded to house the mill workers but it is separate from the mills. Not much of the housing remains in its original state. In New Lanark the mills and the tenements are very close together and there is more of a sense of a community.
-New Lanark was the site of highly significant social experiments by Robert Owen. For example, Owen was able to demonstrate, supported by books of account, that workers would produce more cotton goods and profits if they were treated well. This contradicted the current view that ill treatment was a necessary motivator to higher productivity.

In modern parlance, the dominant paradigm before Owen's experiments was extreme Theory X. Owen showed that Theory Y could work as well.  Owen's experiments at New Lanark were important for all of us; though, human nature being what it is, many still find Theory X more attractive. 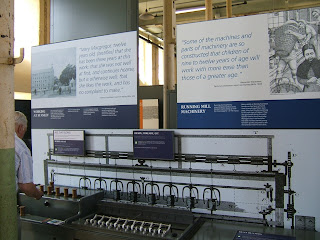 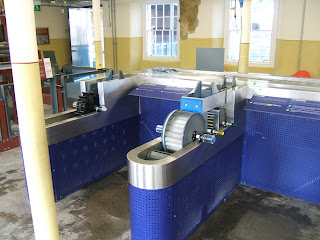 Stanley also has some very well done hands on displays of technology. The device in the photograph above allows visitors to see the different ways in which power can be extracted from rushing water. 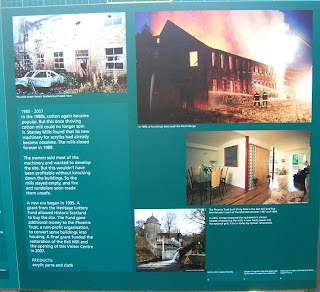 Fire was aways a problem at cotton mills. Both Stanley and New Lanark had serious fires, and in both places  a large mill was destroyed and never rebuilt.


Workers Benefits?
Providing toilets for the workers meant that they needed to spend less time away from their machines and their breaks could be better supervised. 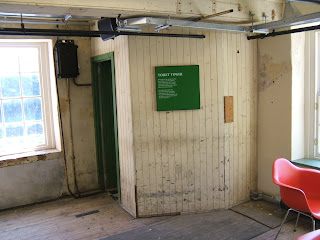 Scotland can get very cold and having central heating might seem like an employment benefit. In fact, cotton can only be worked at 70 Fahrenheit. 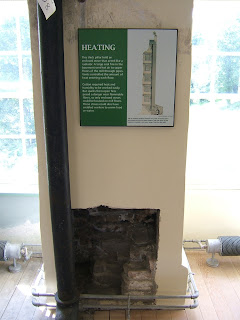 Water from the Tay first flowed though a 244 meter tunnel and then through the lade shown below. 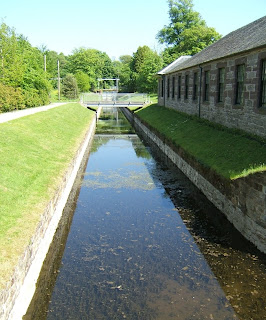 Stanley Mills are well worth visiting if you are interested in industrial history.  Stanley village can safely be skipped. There is free parking at the mill site and a £5 fee to enter the Bell Mill.