"Jobby" Johnson steps in it again

"Politicians from across the spectrum have rounded on Boris Johnson for suggesting the UK could join any US military action against the Syrian regime without parliamentary approval."  Guardian. 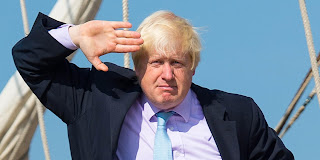 It was funny when he used to play the clown on light entertainment programmes on the television.  Its not funny any more.