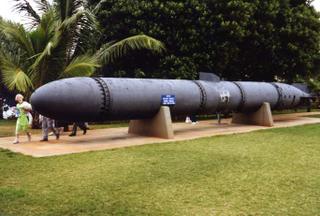 Many people have heard of the kamikaze air attacks that the Japanese launched in the Pacific during World War II. Less well known is that they also tried suicide torpedoes. Kaitens were launched from submarines and guided to their destination by a single operator.

In fact, they were not very successful. Over 100 attacks were launched, but only two ships were sunk for the loss of eight Japanese submarines.

I took this photograph many years ago at Pearl Harbour and came upon it recently when I was sorting through some old boxes of slides. 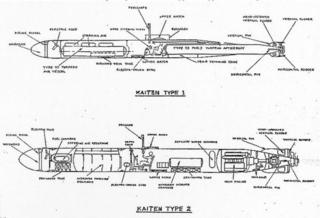