The entrepreneur and inventor behind Cromford Mills was Richard Arkwright (1732 – 1792). He has the best claim to have invented both the water frame, a machine for spinning cotton, and, more importantly, started the factory system.

Before Arkwright built Cromford Mill most cotton was produced by the domestic system; skilled self employed people working in their own homes using manually powered machines. That domestic industry was destroyed by what started at Cromford.

There are several proccesses involved in cotton production and other innovaters besides Arkwright. However, the water frame was an important innovation, particularly because its characteristics lead to his second innovation, the factory.

Arkwright's water frame  had a number of important attributes.

Attributes 2 & 3 meant that the water frame could not be used by home spinners, the frames had to be set up in mills and near water. Attributes 1 & 4 meant that the new mills soon destroyed the independence and livelihoods of the home spinners. It also meant cheap clothes and other cotton products.


Arkwright built the world's first water-powered cotton spinning mill at Cromford in Derbyshire [see map] in 1771.  Soon it had 300 workers and by 1789 the  mills employed 800 people. The hand weavers  had been well paid and were  their own masters. After Arkwright many had become unskilled labourers in factories.

The Cromford Mills template was soon adopted elsewhere in the cotton industry, and then in other industries, changing society for ever. 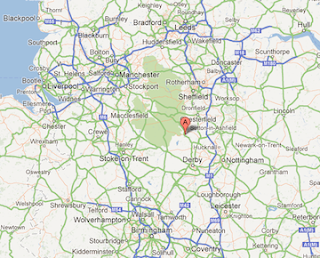 The mills were water powered and this meant bringing in water through channels. You can see one in the photograph below.


Arkwright, like Owen at New Lanark andTitus Salt at Saltaire, was a  benevolent employer [by the standards of the time] and  built homes for his workers, churches and provided basic education for the children employed in his mills. 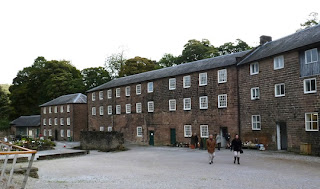 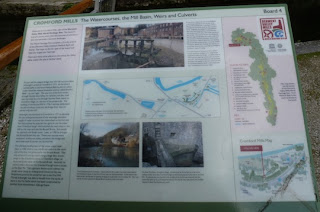 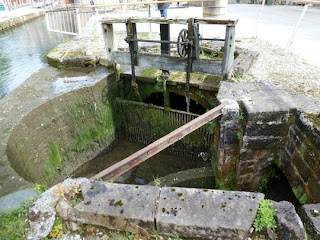 I have visited a number of the old cotton mills and I thought that Cromford compared very badly with the others, such as New Lanark, Stanley and Saltaire [incidentally, Arkwright was involved with both New Lanark and Stanley]. The buildings are generally in a poor condition and there is almost nothing which explains the importance of the site and how the mills operated.

I don't know what has gone wrong at Cromford but clearly something has caused it to be so badly neglected.

Road transport was expensive and Arkwright built the Cromford Canal to move raw cotton in and finished cotton out. The canal terminus is very close to the mills.

Cromford Mills is one of the most important historical sites in Britain but it looks badly neglected. That has to change. At the moment it is only worth visiting if you happen to be passing very close by. As Samuel Jonson said, "Worth seeing, yes; but not worth going to see."