In the late 13th century Edward Longshanks [aka Edward I, King of England] consolidated his conquest of Wales by building a string of castles around the principality. I recently visited three of them; Caernarfon, Beaumaris and Conwy. All three are on the north west coast of Wales. All three plus Harlech Castle, which is further south, are World Heritage sites.

Caernarfon is the biggest of the castles and the one I liked the least. The castle is in the center of the town and parking was a hassle. The slate disk visible in the photo was used in the investiture of the current Prince of Wales. It was raining when I visited and I did not stay long. 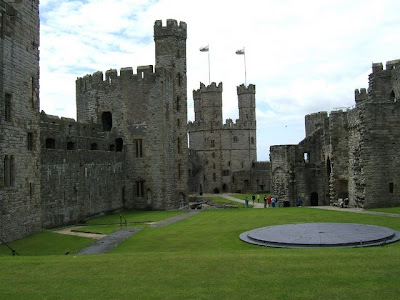 Beaumaris was more enjoyable. The town of Beaumaris is smaller than Caernafon and there was less hassle parking and moving around. As you can see from the photographs it is also a more attractive castle. As with all the three castles it was impressive to see how much cunning forethought had gone into their design. All had been made easy to supply and very hard to capture. I suppose the message to the discontented Welsh was that they could never hope to capture the castles, and if they could not do that then rebellion was pointless. 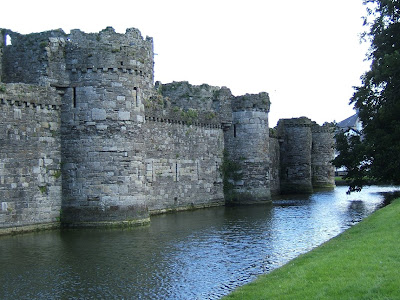 The other place to visit in Beaumaris is its goal. This is just south of the main street. 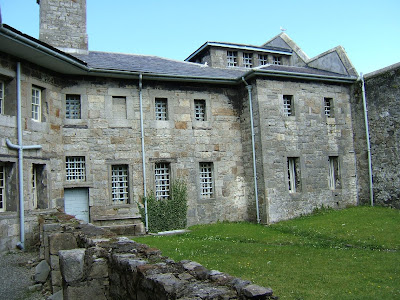 If the prisoners misbehaved whilst in the prison they could be set to break stones in the alcoves in the low wall in the photograph below. 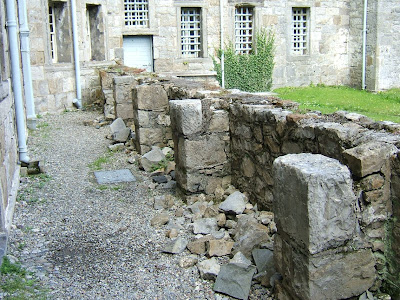 Other prisoners were set to pick oakum. They had to pick apart lengths of old rope to produce the fibres that could be used to caulk ships planking. 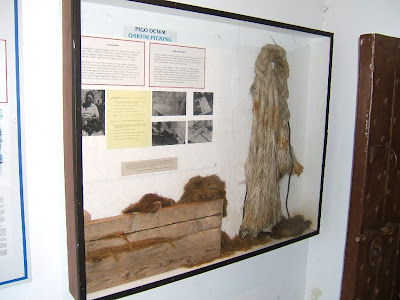 The real gem of the three castles was Conwy. How was it that I had never heard of Conwy? I had visited walled towns in mainland Europe but I had no idea that there were any in the UK. Yet there are. Conwy not only has an impressive castle but also an almost complete town wall. It is open to the public and you can walk almost all the way around the small town for superb views of the castle, town and River Conwy. 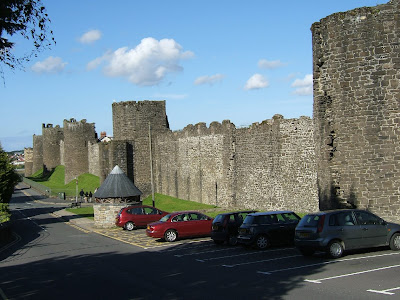 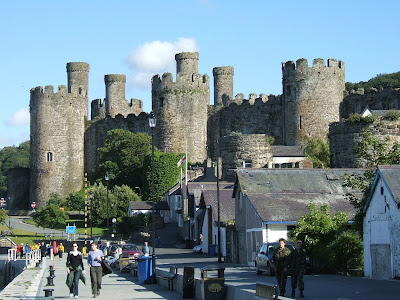 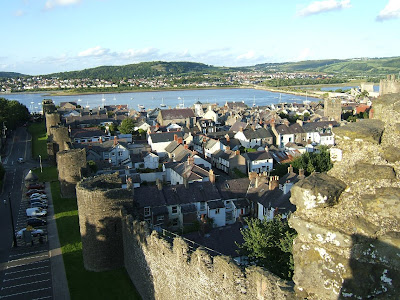 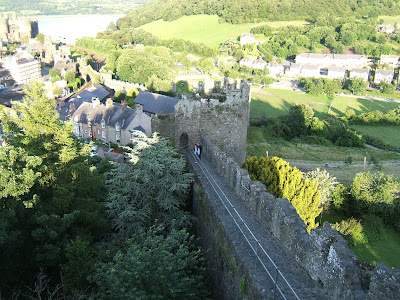 Whilst in Conwy it is worth visiting Plas Mawr. This is a large house that was built by a local merchant in the sixteenth century. Later it became tenaments and then a school, but was restored a few years ago. The restorers did a very good job and the house is worth a visit. 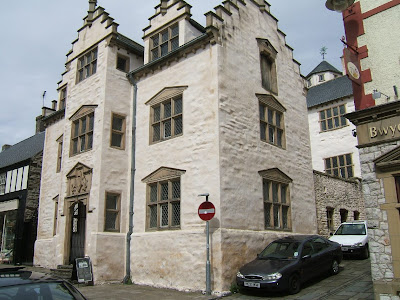 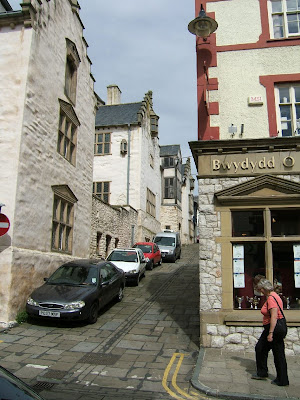 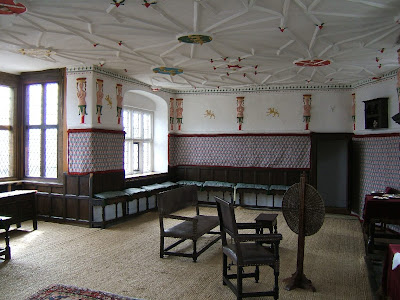 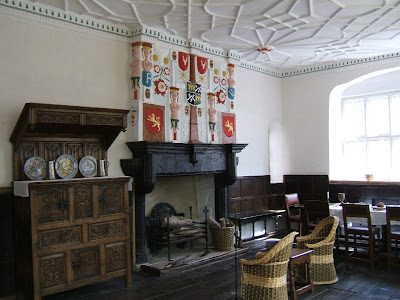 Conwy is also home to what is claimed to be the smallest house in Britain. 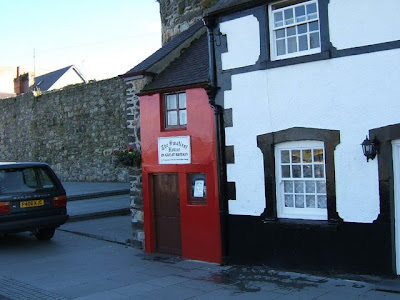 You can visit all three castles in a couple of days. Conwy is the best place to stay during your visit. There is the three star Castle Hotel in the center of the town and lots of other smaller hotels and B & B places.

Whilst in Conwy it struck me that a lot more could be done to both improve the town and get it better known. Maybe there is a political reason why this is not being done. Perhaps the Welsh Nationalists see Conwy as a symbol of England's conquest and oppression of Wales [which it is] and are not interesting in doing any improvements.