A fascinating site showing over 300 physical visualisations of data. 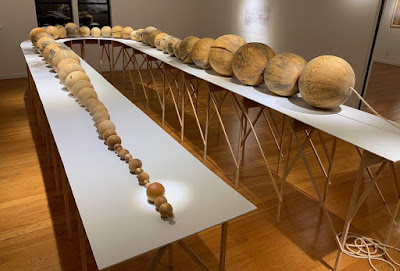 Worry Beads, one for every year from 1945 (closest in the pic), are scaled at one cc per human life. The volume of each is set by the number of terrorist-caused deaths for that year globally. The whole thing is about 40′ long, the largest bead (2014) is 19″ dia.

The mother [of] Sara Weber knitted this scarf during her daily train rides to work in Munich and used different colours depending on train delays. Every day two rows: Grey, less than 5 minutes delay. Pink, 5 to 30 minutes delay. Red, both rides delayed or one more than 30 minutes. The huge red area was during construction work, where the train was substituted by a bus. 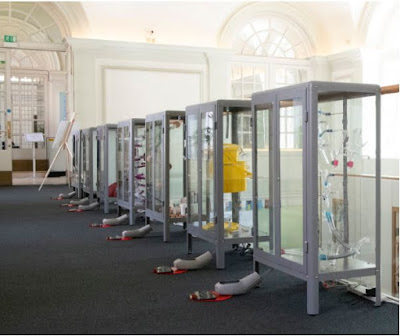 An artwork that represents the cost of health care for different age groups, based on the time it takes for a marble to fall. Each of the 7 runs represents a different decade of life, and the length of the runs presents the average cost of care to the UK's National Health Service, for a person in that year of their life. Each run is constructed from medical equipment. It was commissioned by the British Medical Association and the British Medical Journal to mark the NHS's 70th Birthday on the 5 July 2018, and installed at their headquarters for a month.  There is a video of the artwork's construction. 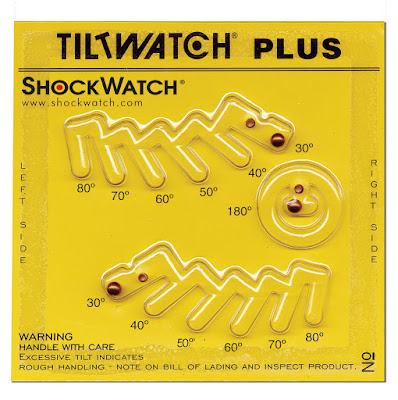 This ShockWatch tilt indicator can be attached to packages which must remain upright during transportation. If the packet is tilted to either side, the little balls move into the next chamber. The recipient can then later check the degree of tilting the packet experienced during transportation. The upper row indicates tilting to the left, the lower to the right. The ball in the round indicator moves in to the outer torus when the packet is turned over 180°.

A visualisation of the Colorado River from another source - 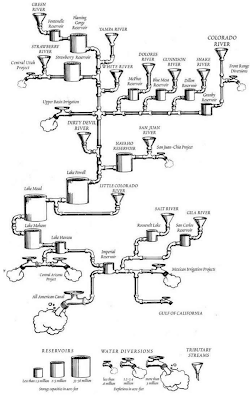