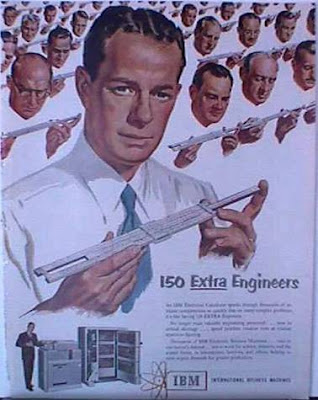 It has been remarked that, “We find IT investment everywhere,
except in the productivity statistics.” The thought was occasioned by the observation that business investment in IT did not appear to be producing any measurable increases in productivity. This ‘Productivity Paradox’ has been investigated by a number of researchers and a number of possible explanations for the paradox have been developed.

1. Productivity has not increased but will in time. This explanation recognises the slow pace of innovation diffusion, and the even slower pace of organisational change. Both individuals and organisation, with the exception of a few neophiles, are slow to adopt new developments, particularly revolutionary ones. It has been remarked that the innovations which will cause significant change over the next 10-20 years are probably around now. The table below lists some innovations. It can be seen that we regard as new and modern have been around a long time. the first email was sent over forty years ago, and there are still people who do not use email.


It has also been observed that people are even slower to change practices and processes to exploit new technology. The seminal work in this area is ‘The Dynamo and the Computer: An Historical Perspective on the Modern Productivity Paradox’ by Paul A David.

It should also be noted that significant innovations are infrequent. The technologies that disrupt existing business models or cause major changes in productivity and practices are very rare. Many innovations are little more than extra chrome, or minor evolutionary improvements on existing technology.

2. Productivity has not increased because IT investments are mismanaged. There is ample evidence that there is a low success rate in IT projects, particularly the larger ones.

3. Productivity has increased. The productivity paradox is a measurement error arising from the nature of the problem and the limitations of the research tools used by economists. Economists have attempted to find correlations between IT investment and productivity, but it may be that the data sets and tools being used are too crude to reveal productivity movements.

4. Productivity has not increased because IT is marginal to knowledge based activities. The argument here is that computers are good at data processing but ineffective in processing the knowledge and expertise involved in many tasks. There may be some truth in this argument, but it would not explain why improvements in data processing productivity have not appeared in the statistics.

5. Productivity has increased but the gains are being used to make qualitative improvements, rather than quantitative changes. The argument here is that productivity gains are being used to provide greater variety, or other qualitative improvements, in products or services [no longer can buyers have a car in any colour as long as it is black]. They are not being used to reduce employment levels or increase output. Productivity gains are thus being used to “fund” innovative procedural changes rather than directly affecting employment or output. Economists have tried to measure productivity changes in terms of reductions in employment or increases in output. If this hypothesis is correct it is not surprising that they have found no changes.

There are a number of models which attempt to relate productivity and employment.

This model argues that new technology increases productivity and therefore fewer employees are required. This may seem simplistic but the model was used for evaluating the viability of many IT investments. Savings in employments costs were used to measure the rate of return on proposed IT projects. If this model is plausible there should be evidence of productivity increases from IT investments.

As model 2 but the effects of the compensating mechanisms may be delayed, disproportionate or occur elsewhere. If this model is plausible then there may, or may not be, measurable changes in productivity.

Email ThisBlogThis!Share to TwitterShare to FacebookShare to Pinterest
Labels: computing