A ride along Monteal's Lachine Canal

When the Lachine Canal was opened in 1825 it transformed Montreal. The Lachine Rapids had blocked access to the upper St Lawrence. The canal bypassed these rapids and turned Montreal into a major port. Along with other canals it linked the Great Lakes to the sea.

In addition, the canal provided hydraulic power and many factories were built along its 14.5 km length. From 1850 to 1950 the canal was the site of the largest industrial complex in Canada. Over the same period the population of Montreal increased from 58,000 to over one million.

The canal is now closed and has been declared a national historical monument. A cycle path runs along its length and along the banks of the St Lawrence. 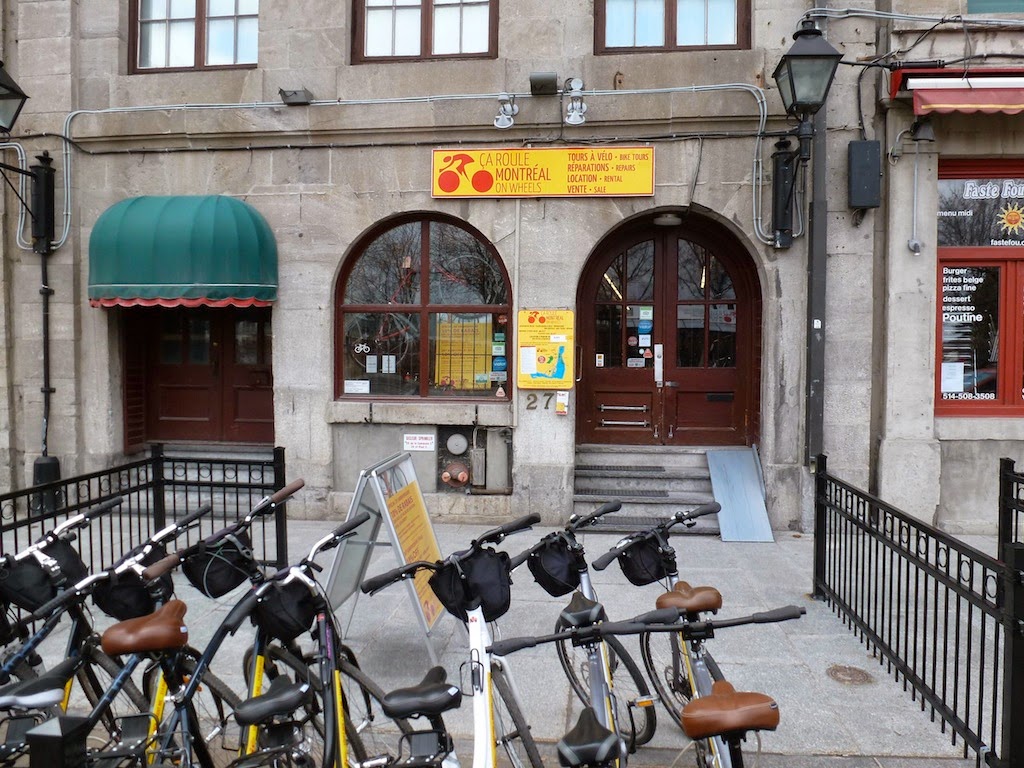 They provided me with a good bike at a cost of $8 per hour or $30 for a full day. Unlike a bike shop I had used earlier in Vancouver the shop staff struck me as honest and competent. They provided good advice and an excellent map (see below). I followed the route marked by red arrows on the map below, along the canal and back by the banks of the St Lawrence; a total of about 37 km.  It was an excellent ride and I would recommend it to anyone visiting Montreal. 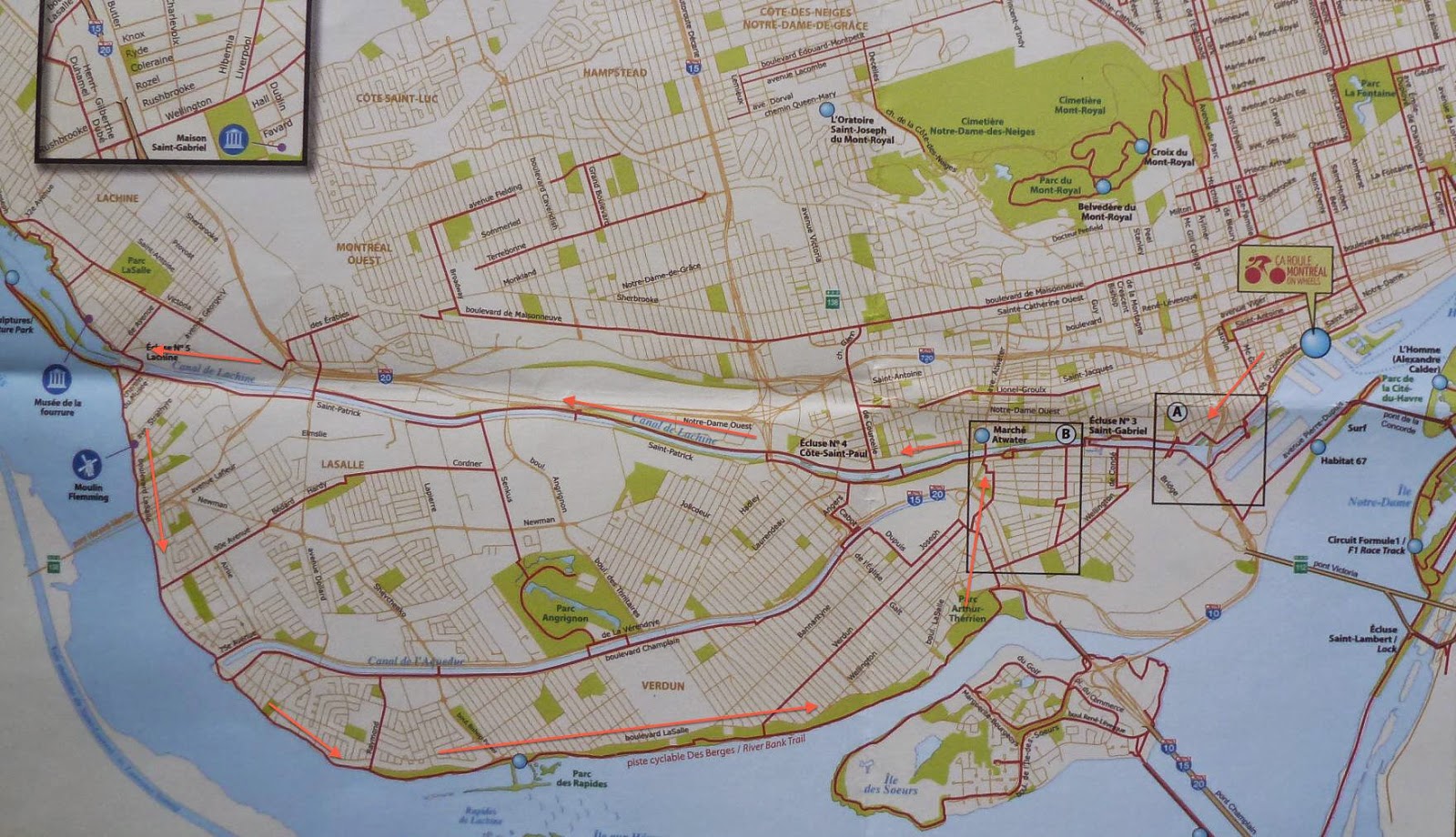 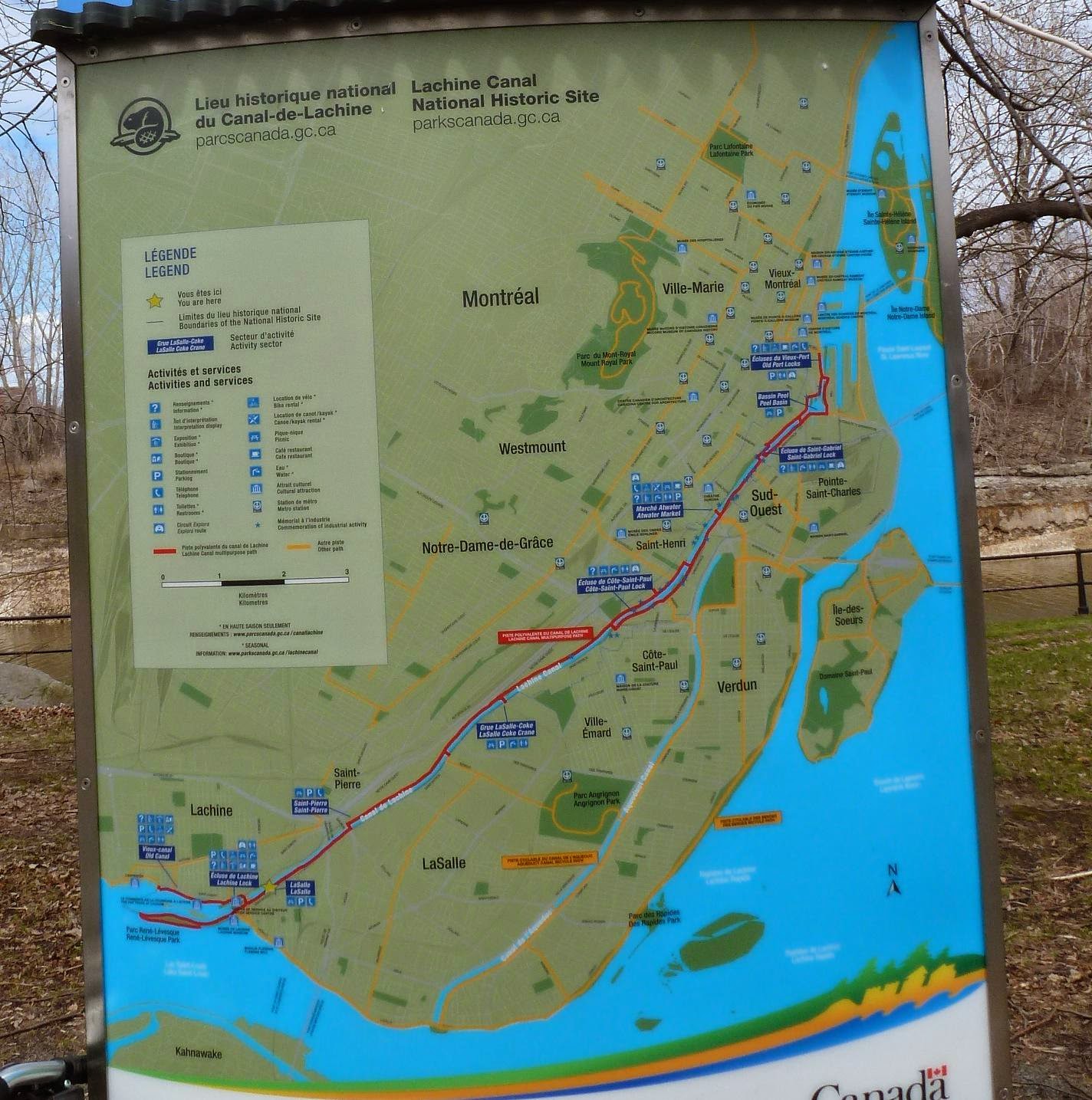 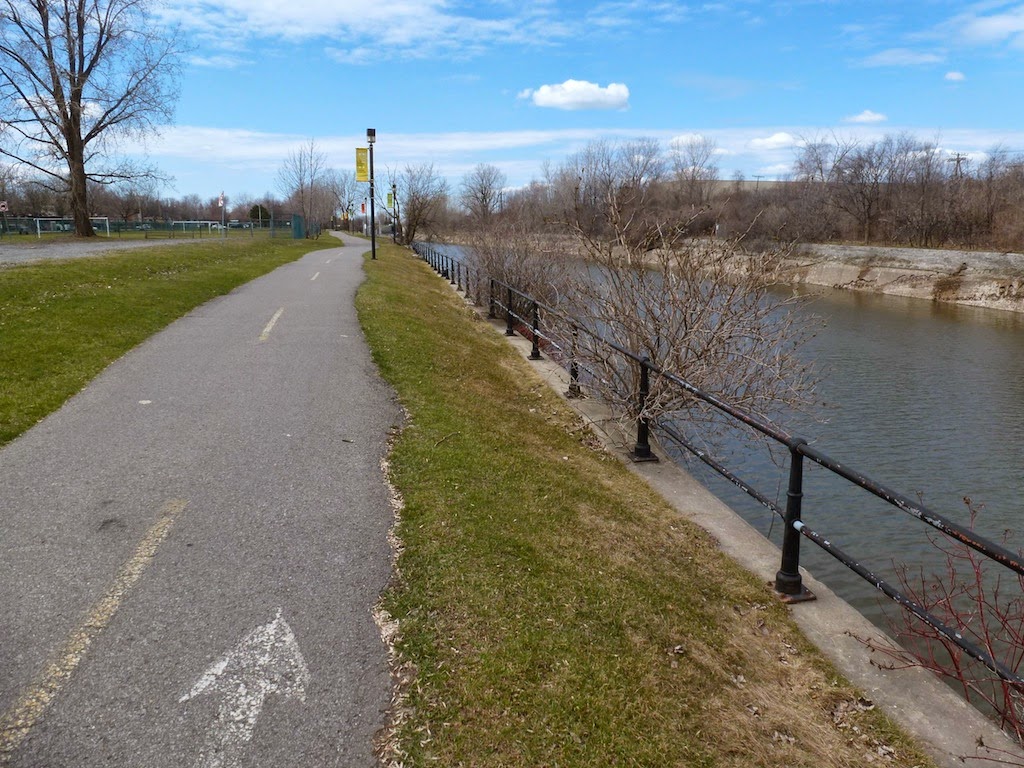 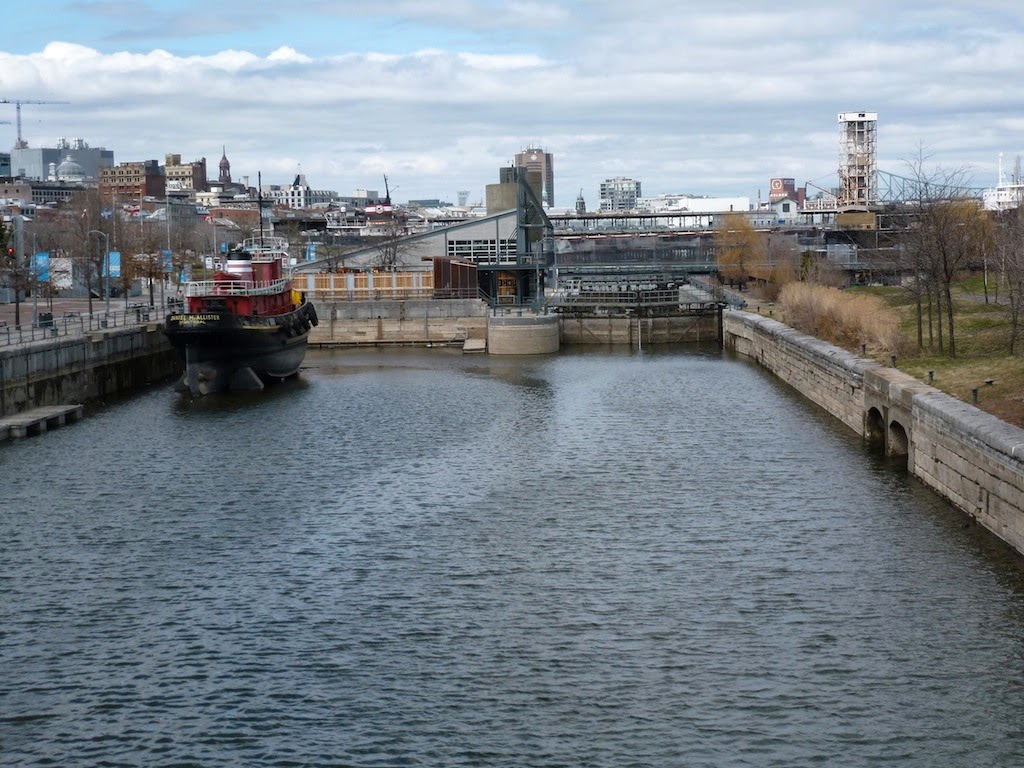