Is there spyware in the Firefox for Android browser?

I started using Firefox several years ago because it had far better privacy protections than Safari or Internet Explorer.  The desktop version still has.

I recently acquired a new Android tablet and went to  Google Play  [aka Android App Store] to download Firefox.

Link to Firefox on Google Play

To Google's credit they show what permissions an app takes if you install it [Apple do not]. When you look at some of these lists of permissions it is clear that many of the apps in the Play Store are little better than spyware.

I checked Firefox's permissions but I did not expect to find anything untoward.

The apps description emphasises privacy as you can see below.

However, when you look at the detailed list of the permissions the app would take it is clear that it provides anything but privacy. 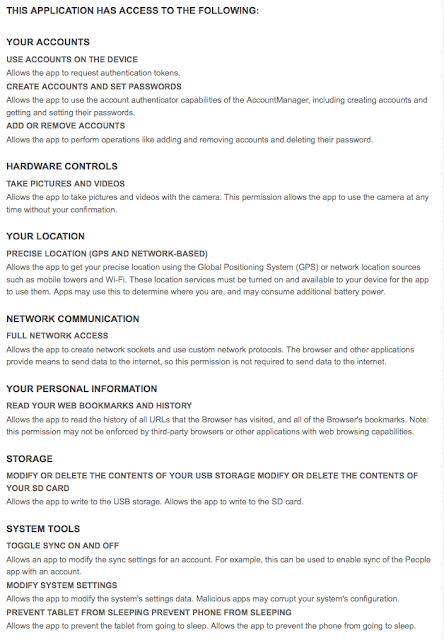 Particularly alarming was what Firefox wanted to do with my tablet's cameras.

Anybody who installs Firefox gives it permission to take photographs or video [from either camera] whenever it likes. The users permission is not required.  Nor are users told when the cameras are operating. Think of the implications of this.  Even if users were foolish enough to trust Mozilla [producers of Firefox] what would happen if some malign malware was able to get control of your browser and start the cameras rolling?

How can Mozilla  justify including this in Firefox?  If it is not spyware it is hard to imagine how else it could be defined. It would be interesting to know what has gone wrong at Mozilla for this to happen.

I didn't download Firefox [though over 200,000 idiots have done]. I took a look at Google's Chrome browser and it does not seem to need to operate my tablet's cameras. These are the permissions it wants. They are not trivial but at least they exclude the permission for rectal probing that Firefox wants 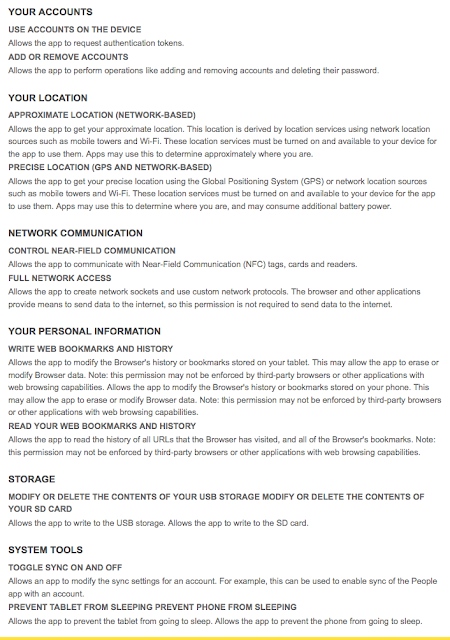 Now that I have seen what Firefox for Android wants I wonder what the desktop versions of Firefox are up to.