An alternative to Google Reader

Google Reader is closing on the 1st July. 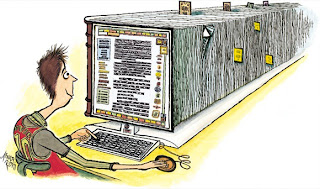 I suggest Newsblur as your new feed reader. I have been using it for a while and would recommend it.  Its mobile reader is not as good but in other respects it is superior. For example, it has filters so you can manage your information load by filtering out anything that does not interest you.

It is slow at the moment because there is a big rush of new customers from Google but the operator is adding new servers.

There is a free account but go for the paid account. It is only $12 a year and much better.

It is easy to move your feeds to a new service. Just download a .opml file from Google [they make the process harder than it needs to be] and upload it to Newsblur [very easy]. The .opml file contains a list of all your feeds so you can be up and running on your new service in a few minutes.

Reader is just the latest Google service to close.  I wonder how much money Google saves compared to the damage to its reputation as a trusted service provider.  How does it expect people to  invest time and effort in adding content to their other services when it clearly is not a trustworthy company? For example, this is another nail in the coffin of Google+. That turkey ain't going to trot.

Reader was not being developed so it was only incurring maintenance costs. With Google down to its last few tens of billions of dollars economies are obviously necessary.

However, Reader is used by a lot of journalists and they are going to be annoyed by its closure. I suspect Google can look forward to lots of snide and negative reporting in the future. I wonder how many millions of their's advertising budget they have just managed to nullify?

Is Blogger going to be the next one to go?

ps  What happened at  Newsblur after Google Reader said they were closing.  Link

Hi Roger!... Thanks for the tip about NewsBlur... Check out my Twitter feed... I just tweeted two of your posts over there... I'm ToddHellsKitch on there... Also... When we initially met weren't we both using another reader?? Something before Google Reader was invented ... It went defunct and then was re-launched? ... I think I might still have an account on there (though many of the blogs I used to subscribe to have long since gone silent)... Can't even think of the name of the damned thing offhand... PS Hope Google doesn't ever abandon Blogger... I wouldn't know what to do!

I suspect Blogger will go and I have opened new blogs with another service. I put most of my new stuff on those.

Hi R: I just turned off the Word Verification for a spell... I've tried it periodically and the last time my box was too full of about a dozen emails per day from Spambots... But, I'll try it again... We'll see if the amount of spam vastly out ratios the amount of the very few legit comments that come in on the old fashioned blog anymore... I see you have captcha yourself...

Meantime... I only hope if they abandon Blogger they will give notice and instructions on how to migrate or at least to back up... I've never backed up any of my blogs and have no idea how...

Probably would be a good idea to find out...

A couple of days later and now my Blogger Comment Folder is filled with Spamments and not a single legit comment... LOL... I don't know if you are having the same experience??

Just one so far.

OK... Well, I had to throw in the towel... Overnight I had 140 spamments... And that makes 250+ total since I turned off captcha... The problem isn't so much the comments themselves... Blogger routes them effectively to the Spam Folder... The problem is that I have comments route through my Gmail... So this morning my Inbox was jammed with 140 of these damned things.... During this time, I had ... three legit comments... And all from people who have always commented even WITH captcha in place....