I bought a set of ZByte playing cards many years ago during a visit to a computer museum in Boston. The cards were created by Hal Layer in 1983. "I invented ZByte with the objective of motivating students in the critical subjects of computer math and logic with a game tool modelled after ordinary playing cards. As you know, all computers and internet search engines run on Boolean logic: AND, OR and NOT, or a combination of these."

The cards are no longer made and so the set makes a nice collectable.

The ZByte playing cards have four suites based on the symbols used for binary logic: AND, OR, NOT and BYTE. The 52-card deck of cards can also  be used for all traditional card games, such as Solitaire, blackjack, gin rummy and Poker, as well as for new computer, logic-based or binary/decimal math games.

The court cards and jokers show drawings of famous persons in the history of computer science. 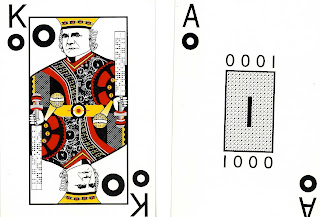 The King of Bytes shows Charles Babbage. Other Kings in the deck are Boole, Leibniz and Blaise Pascal. 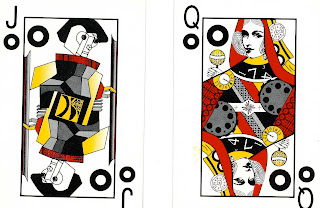 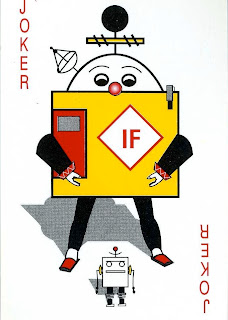 The two Jokers show the powerful IF operator. These allow branching play in games. 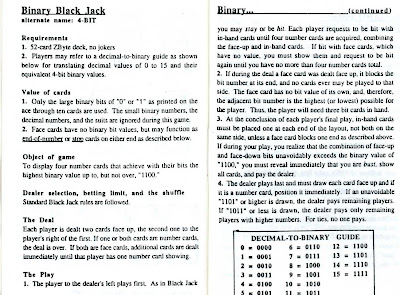 The instructions for binary blackjack.

I am collecting different types and kinds of playing cards and this one attracts my attention even though it have some similarities on the ordinary playing cards but some of the designs are different.. they are much more nicer and cuter than the original.. any one can you tell me where can I get one of this? thank you