The Right of Pit and Gallows

The right of 'furca and fossa', or  'pit and gallows' was a fuedal privilege held by Scottish Barons until 1747.  A source on the internet claims that Brewers Dictionary of Phrase and Fable defines this as "an ancient privilege granted by the Crown to its vassals, to cast female felons into a ditch, and hang male ones on a gallows."

[Incidentally, my copy of Brewers makes no mention of  'furca and fossa', though it does mention 'furcam et flagellum' or 'gallows and whip'.]

I think the 'pit' bit refers to the right to imprison somebody. I believe that because I have  visited a couple of Scottish castles [Tantallon and Dirleton, both on the coast east of Edinburgh] and both had prison pits. 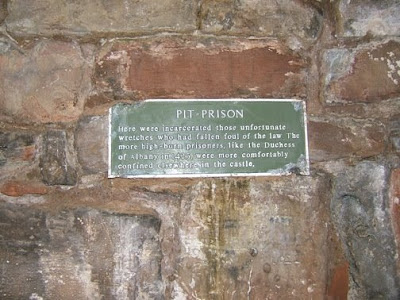 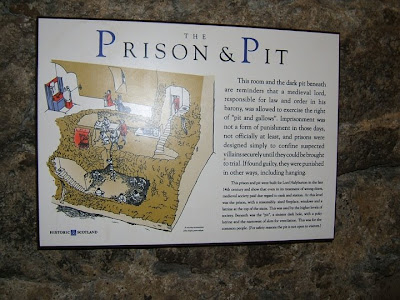 There is an upper prison with more light and a private loo for the better class of felon, and a pit for the riff-raff. Both are underground. 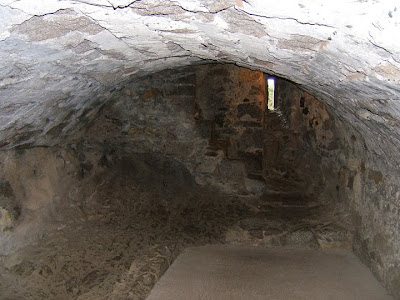 The above photo is of the upper prison. To the right hand side is the entrance to the pit. 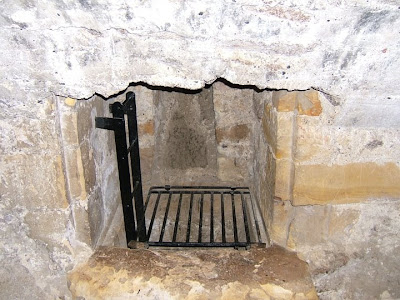 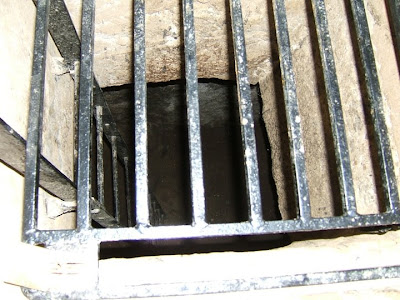 Tantallon Castle is in a beautiful location with views over to Bass Rock. 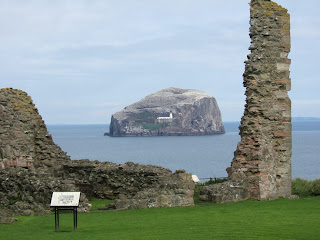 You can see the lighthouse on the rock. I have been told that after the '45 rebellion Jacobite prisoners were held on the rock but they managed to overcome their jailers and [so difficult was access to the rock] it took two years of negotiations before they could be removed.

Bass Rock is now a gannet colony. Apparently sea birds formed a major part of the diet of the castle's inhabitants. Though they liked to vary their diet with a tasty pigeon or two. The impressive building  below is  the castle's  pidgeon coot.  You tend to see a lot of these in areas with poor soils because, not only were the pigeons a source of food, but their droppings provided valuables nitrates for the soil. 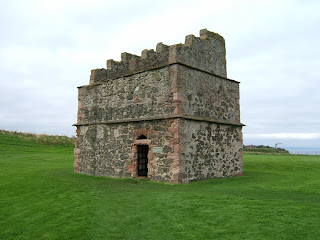 I doubt if many of the Baron's subjects had such impressive houses.