There are many half timbered houses in Germany. Not in the cities. They were burned in the WW2 air raids, but in small towns and villages.  I have a post on Quedlinberg & Goslar in the north. Amusing Planet has a recent post on Freudenberg. In Bavaria there are towns like Nördlingen, Dinkelsbühl and Rothenburg ob der Tauber on the Romantic Road. Some of these towns still have all or part of their walls still intact. Germany promotes these towns. There is even a German Timber-Frame Road that runs almost 3,000 km and passes through dozens of half timbered towns.

Bergheim haut Rhin is typical of such towns.  Lots of well maintained half timbered houses and very clean and tidy. 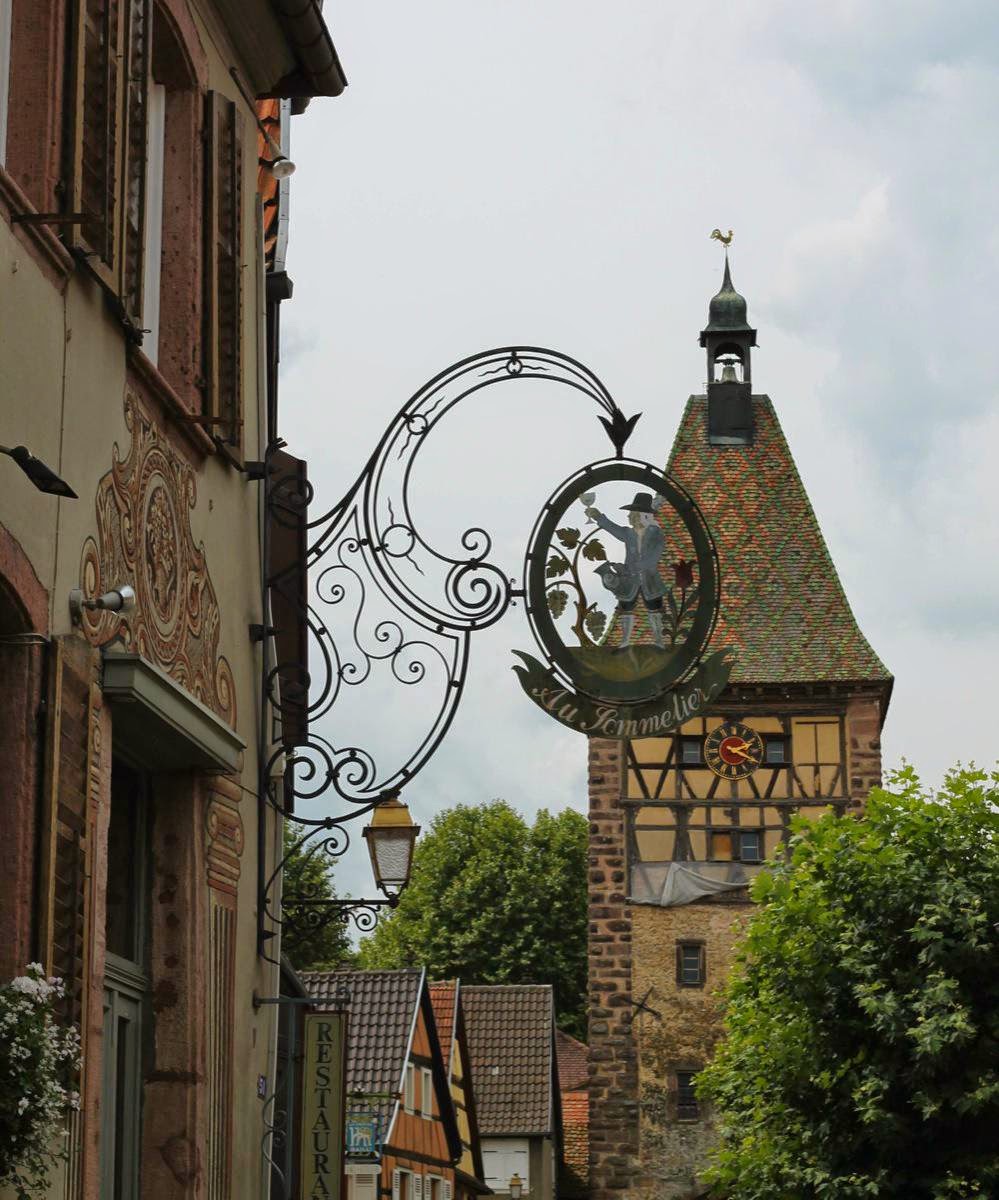 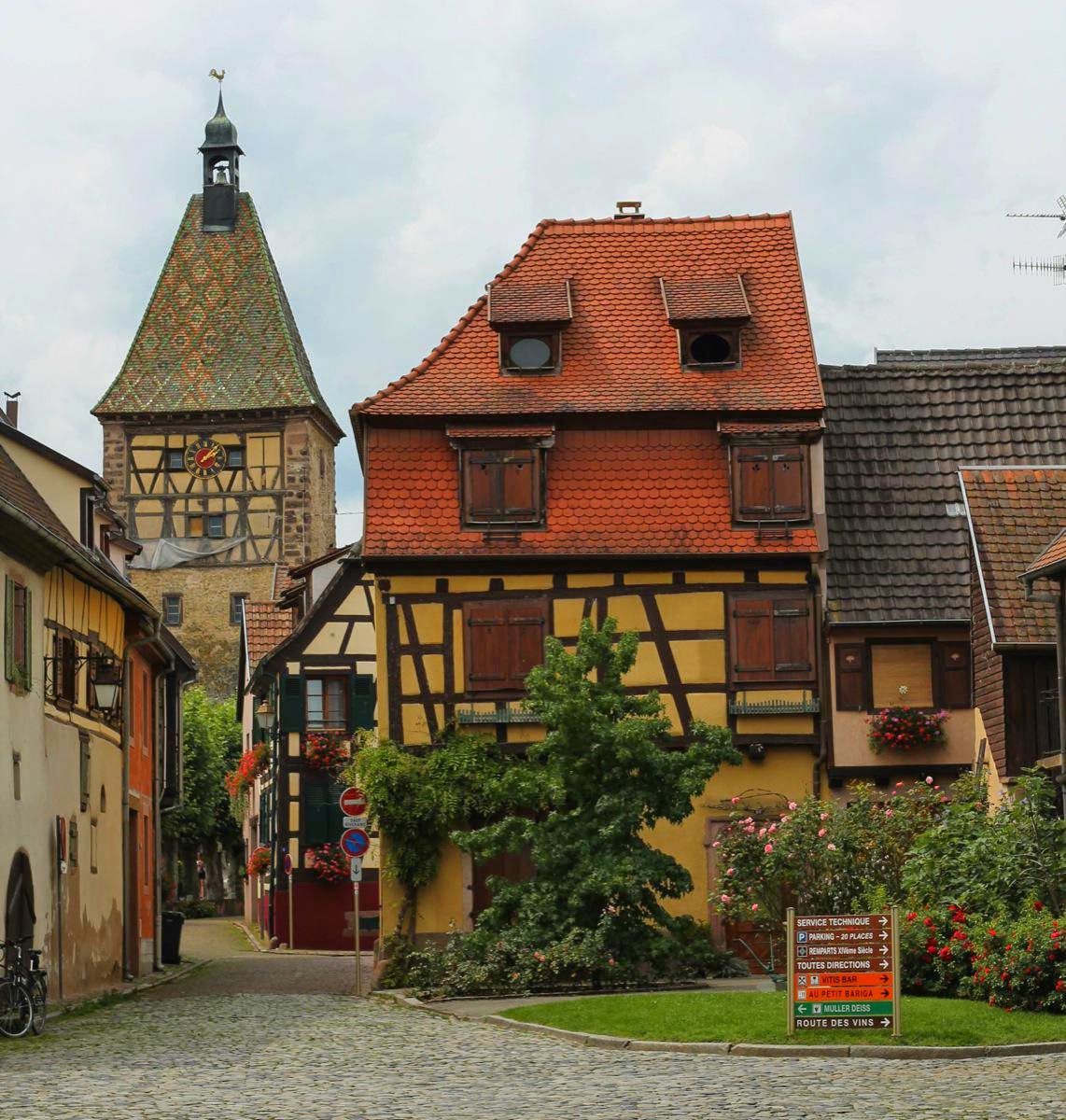 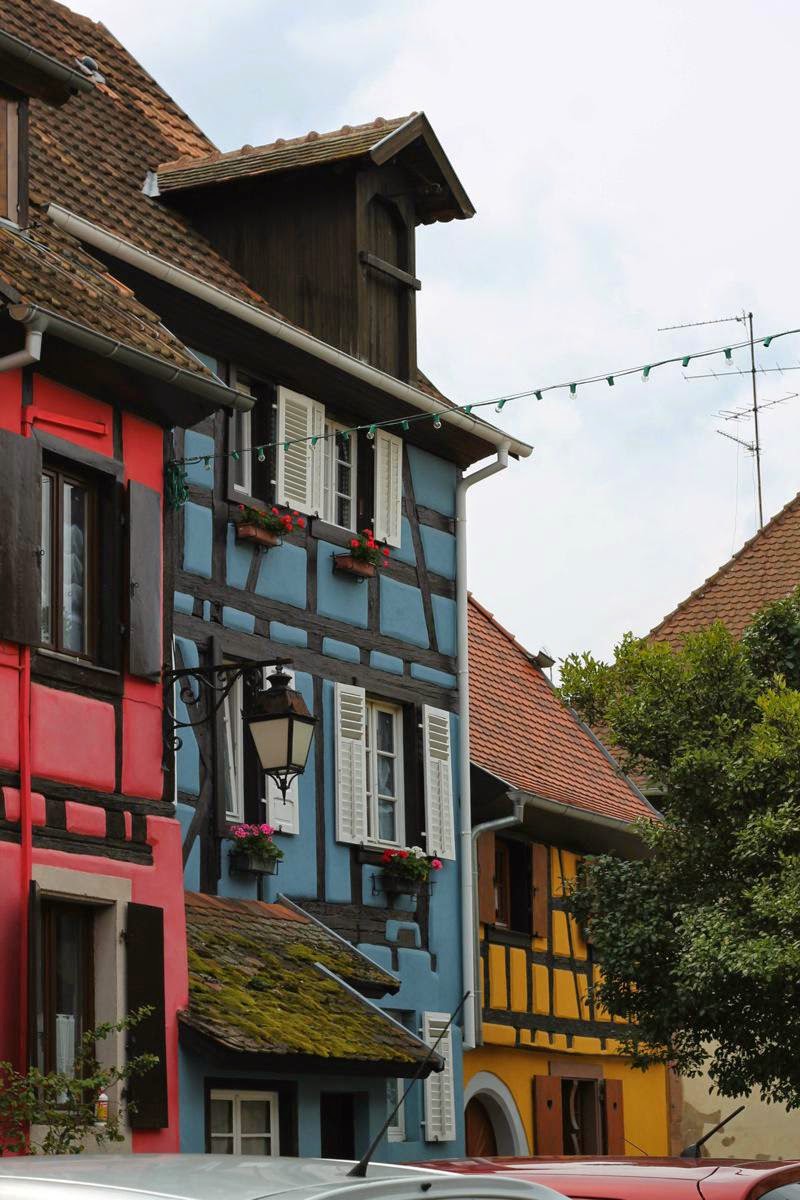 It looks very touristy but it is not. The town is on a wine trail and there are several places selling local wines but otherwise there are very few places designed just for tourists. Many places have been ruined by a profusion of tourist traps. Especially in France. For example, Carcassonne, Mont Saint-Michel and Provins. The Germans are more careful. 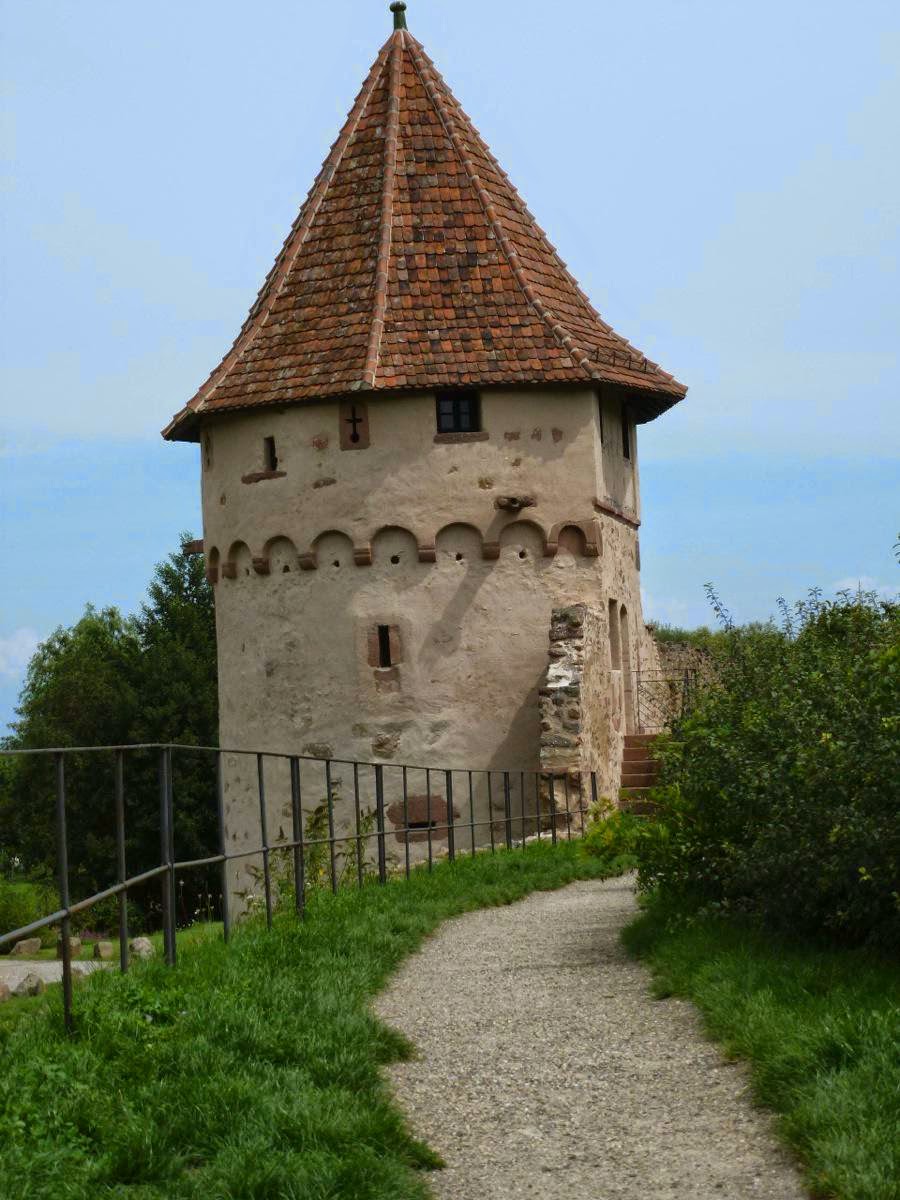 The most curious thing about this very German town is that it is not in Germany. It is currently in France. I say currently because it is in a region that has changed hands frequently.

Though it is in France I suspect most of the inhabitants are of German descent. Not only because of  the very un-French way in which they look after their town. When I looked at the WW1 memorial all the names on it were German.

We also called in Saint-Hippolyte which is only a few miles away and very different. It was an unpleasant place with traffic roaring through it all the time we were there.