Charles Darwin lived at Downe House for forty years. He wrote Origin of the Species there  and raised a large family. The house is now owned by English Heritage and is open to the public. The house is to the south east of London. Though it is within the M25 it is in a very rural area with lots of narrow country lanes. 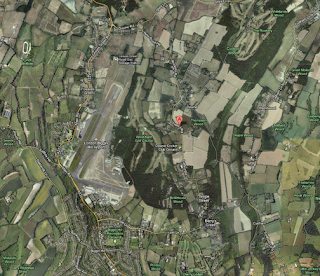 As you can see from the above aerial image it is close to what was the famous WW2 RAF station at Biggin Hill.  It is hard to find so use your GPS if you decide to visit.

The house is large. Darwin  came from wealthy family and his wife was a Wedgewood. He spent a lot of money on the house and gardens. 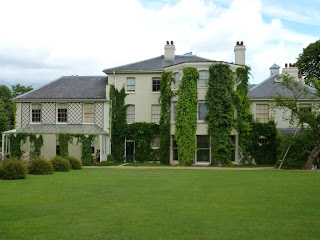 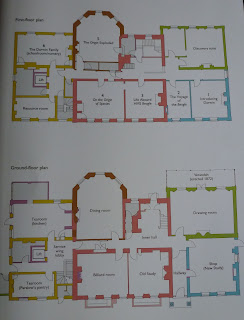 Some of the rooms are furnished as they would have been during Darwin's life. His study has been recreated to look as it did when he was writing the Origin of the Species. On the second floor there are several rooms with fascinating exhibitions of Darwin artefacts and explanations of his work and theories.

The house has 18 acres of gardens and these were used as Darwin's working laboratory. He conducted many experiments there. For example, Darwin noted that things placed on the ground would slowly sink into the earth. He thought that earthworms might be responsible as they turned over the soil. He set up the stone and metal rods to test his theory. The idea was that the stone would slowly sink due to the worms and the rods remain since they were sunk into the bedrock. This was a long term project and one of his sons continued the experiments long after Darwin's death.  Darwin was right. Things do sink, by about two millimetres a year, due to earthworm action.


Darwin carried out lots of lots of experiments in his garden; demonstrating that you do not need a Hadron Collider to carry out significant work. He had a very active mind and a genius for devising simple experiments to test important ideas.  There is a guide to the gardens that you can borrow that contains description of Darwin's experiments.

I thoroughly enjoyed my visit to the house.  If you decide to visit you should get the guidebook to the house. It has a lot of interesting information about Darwin and Downe House.