aka Ratisbon.  In 1145 knights on the way to join the army of Conrad III of Germany and take part in the Second Crusade passed over the bridge in the background.  Few reached Jerusalem and even fewer  ever came back over the bridge. 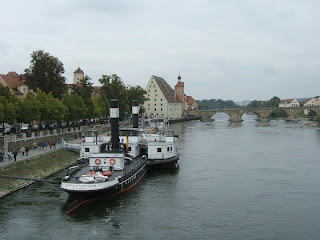 The rather cheeky Kepler museum in Regensburg. Cheeky because he did most of his work elsewhere. Prague has a much better claim.  Kepler's only connection with Regensburg is that he fell ill soon after arriving and died there. 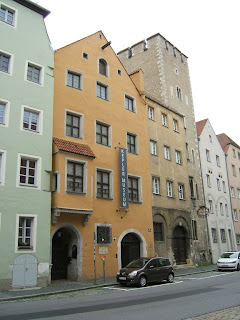