The Machines of the Isle of Nantes (Les Machines de l'île)

In earlier post I described encountering the Elephant of Nantes.  After seeing the elephant we went to its lair. This is in part of an old shipyard. For just over eight euros you can look around a gallery containing many other machines and the workshops of Les Machines de l'île.

This organisation built the elephant,  a giant spider [shown clinging to a building in Liverpool] and a very tall diver [neither of these two photographs are mine]. 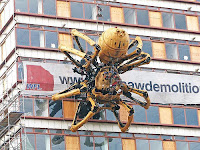 I had seen items on the net about these machines but had no notion of their backstory.  Apparently, the Les Machines de l'île organisation is owned by the City of Nantes and some other public partners. I guess it is part of a scheme to regenerate the city. If so, its a very clever and creative idea.  The French are so good at these projects. Unlike the Anglo-Saxons they look at the idea first and worry about the Balance Sheet later. 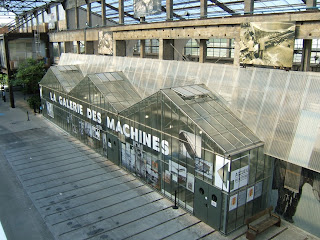 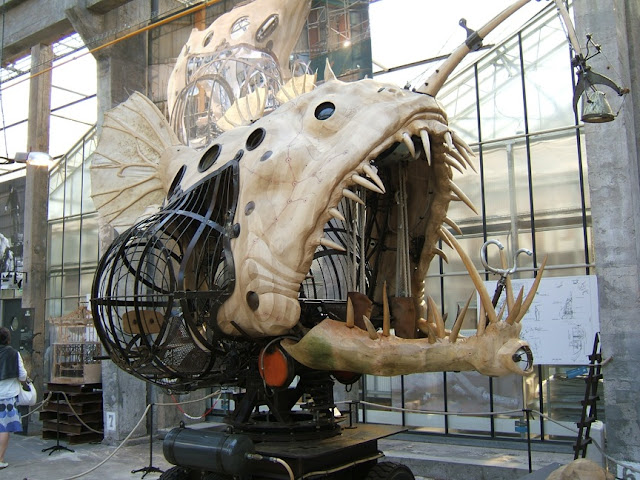 Most of the machines have seats inside and controls to allow them to be manipulated. 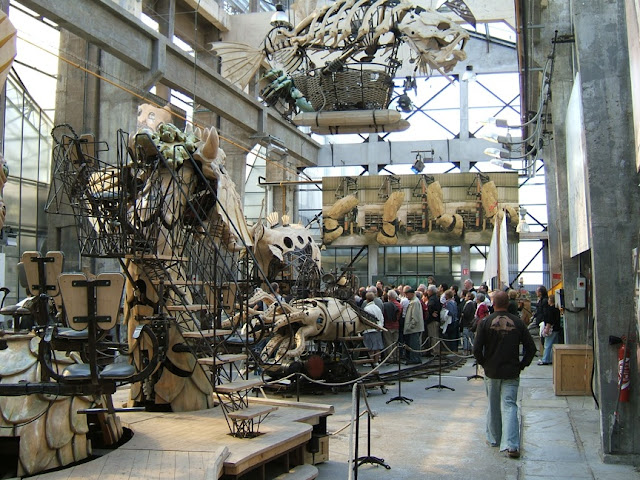 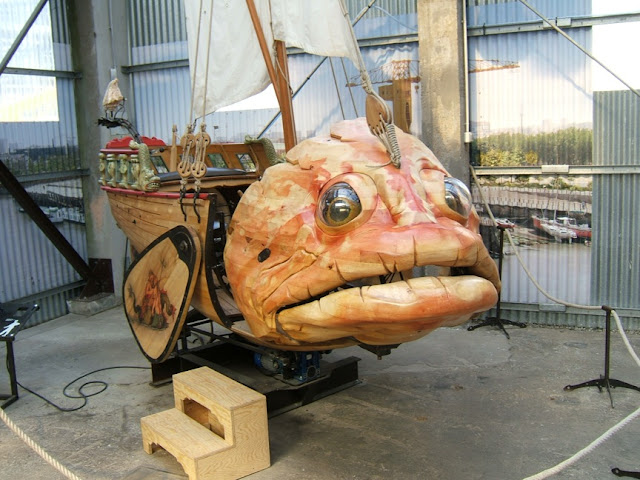 You can see the two drivers seats on the back of the squid. 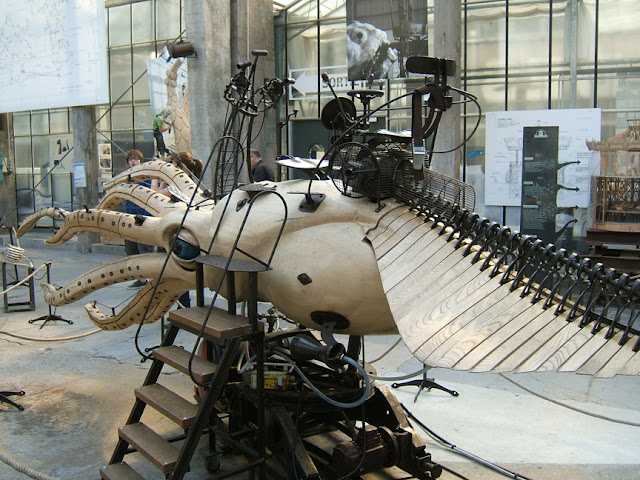 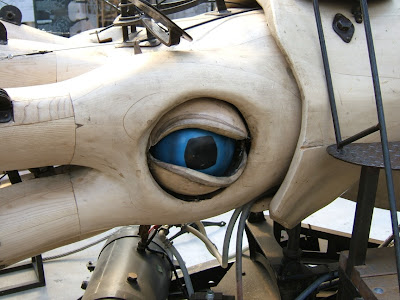 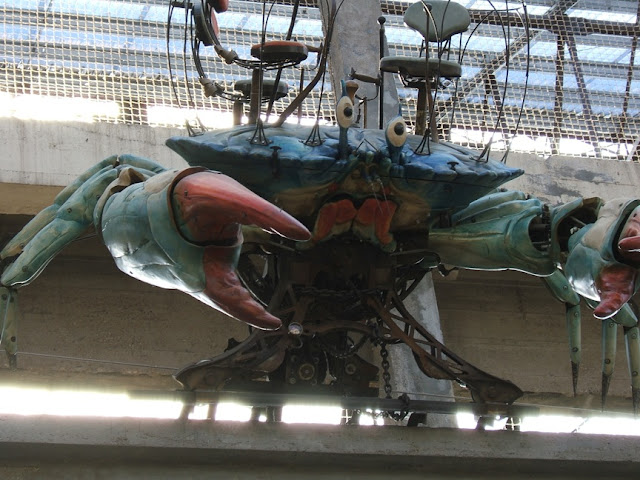 In the photograph below you can see the workshop where the machines are made. 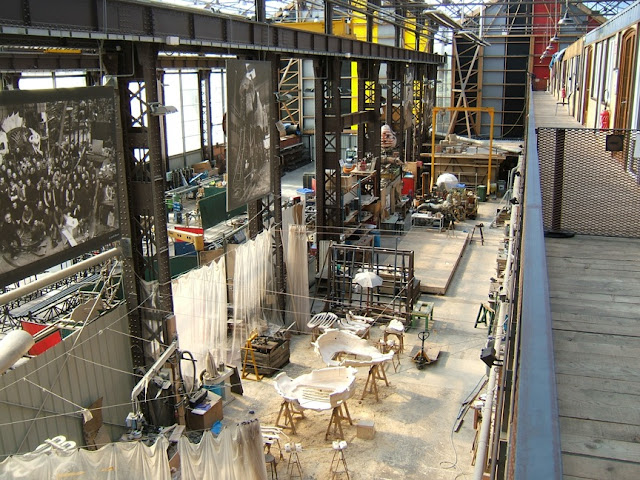 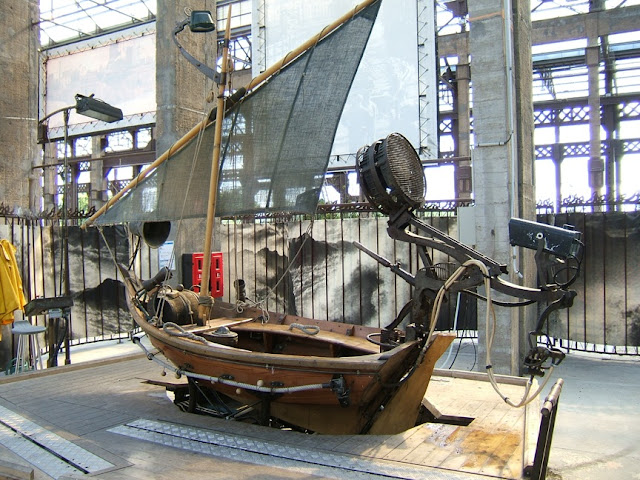 We really liked the Les Machines de l'île. It was the high-point of our visit to Nantes. It is one of those places [to paraphrase Samuel Johnson] that is not only worth seeing, but worth going to see.

There is also a nice shop with lots of very reasonably priced goodies.