Up to Schynige Platte

Schynige Platte is a plateau above the town of Interlaken in Switzerland. It is famous for its wild flowers and views, particularly of Interlaken and its two lakes. 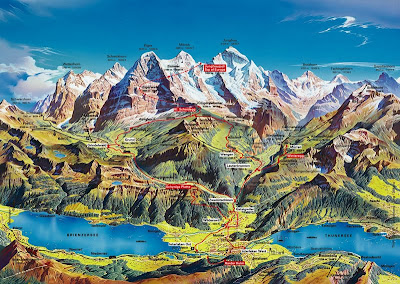 We left our car in the large car park behind Wilderswil station and took the cog railway  to the plateau.  I think this is the only way of getting to the top, apart from walking. A single ticket costs 18 Swiss francs, so it is a pretty expensive trip, though the train journey is an enjoyable experience by itself.  The train stops part way up at Breitlaunen, where there is a hotel/hostel of some kind.

There is also a hotel on the plateau if someone wanted to do a few days of high level walking.. 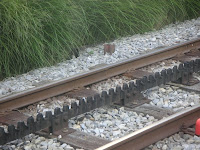 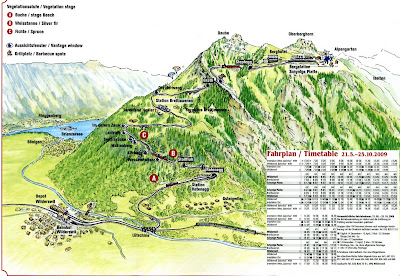 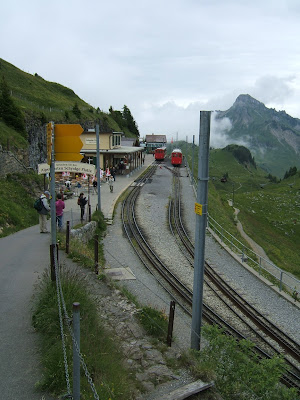 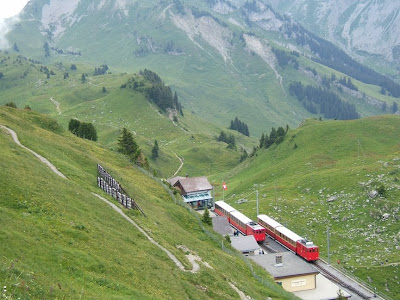 There are several walks around the plateau. There is also a famous walk from Schynige Platte to First, which is above Grindlewald. This is sometimes described as 'the' classic Swiss alpine route. It takes about six hours. Because a railway runs from Grindlewald to Wilderswil you can easily do a round trip involving rail, cable car and Shanks Pony [see the map above]. 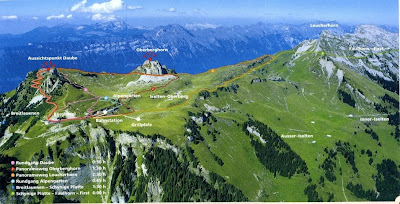 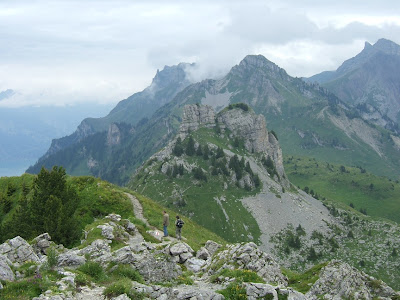 Schynige Platte offers superb views all around, but particularly of Interlaken and its two lakes. 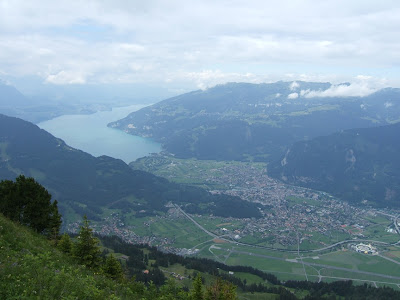 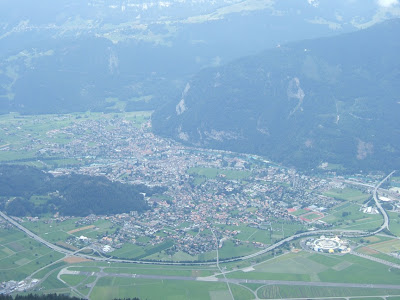 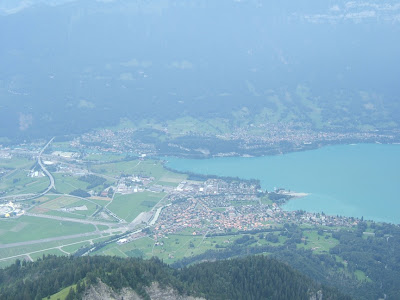 We made the mistake of walking down from the plateau. It was ok for the first hour, which brought us to  the station at Breitlaunen.

The next two hours to Wilderswil were more trying, particularly because we did not have walking poles with us. The path is good and easy to follow, but three hours downhill was hard on my thigh muscles.

We were up there yesterday (23 Sept 09). Had a great day out and it was a little less cloudy. Fantastic views. Wunderbar!