Years ago, before the dissolution of the Soviet Union, I was taken to a nomenklatura shop in Moscow. The nomenklatura were the ruling party elite in Russia and they had their own chain of stores that stocked stuff you could not find in ordinary Russian shops.

These nomenklatura shops were well hidden, no shop windows or signs to advertise their presence and arouse envy in the proletariat. My companion and I entered a nondescript office building and went down a grubby tiled corridor. A plain wooden door gave no indication of what was within. The person I was with showed a special card and we went into the nomenklatura store. To me it looked like a typical Western department store but it would have been wonderland to the average Russian, full of stuff they could never buy, no matter how long they queued.

I was reminded of this experience whilst watching a recent episode of 30 Rock [S02E01]; the one with Jerry Seinfeld.

Jerry tells Jack Baldwin’s character that he has just been vacationing in a country that only the rich know about. Jack asks if Jerry is referring to Svenborgia.

Though you will not find it on a map there is a Svenborgia and it is a country occupied by the very rich. It is not a contiguous area but a series of islands spread over the world. 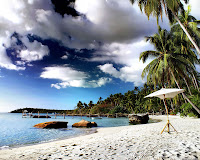 Svenborgia has its own school and university system. In the UK it includes schools like Eton and Harrow, and the universities of Oxford and Cambridge. Concierge medicine and private clinics provide the Svenborgian health system. Private jets move Svenborgians about the world, delightfully remote from the rest of us.

In the past a nation’s rich had to stay home so they could manage and protect their wealth. That meant they had a vested interest in keeping their country a reasonably safe and habitable place. If the country went under so did they and their money.

Now they do not need to stay home. Modern communications mean that the very rich can manage their empires from anywhere in the world, including from aboard their private yachts. They can easily move their money about the world and pay tax nowhere. The rich have gone to live in Svenborgia and they no longer need to worry about the country of their birth. It is just another place to be exploited, as their ancestors exploited colonial empires.

The recent financial crisis is an example of this. The people who pillaged the finances of Iceland, Ireland, the UK, the USA and other countries have taken their money and gone off to live happily in Svenborgia.  They have not faced criminal sanctions or had to worry about what happens to their victims. We pay for politicians but the Svenborgians own them. They have no need to fear retribution.

Britain, the USA or any other country can sink or swim for all they care [unless there is a profit in having it sink]. They are safe and happy in Svenborgia.

Note - the photograph at the start of this post is of Hamilton Court, a gated community in India. It has its own water and power systems, its own schools and shops, and, most importantly of all, a security force to keep out the poor.   More on Hamilton Court in NYT article

More on Svenborgia in The rise of the new global elite

I've been to Monaco and had no idea of the rest of this story.

It seems that Svenborgia was concocted by
a script writer who'd read "Richistan", or
maybe just the WSJ's "Wealth" column.
Very clever, just re-name it Svenborgia and
pretend to be creative.