The books of Peter Temple 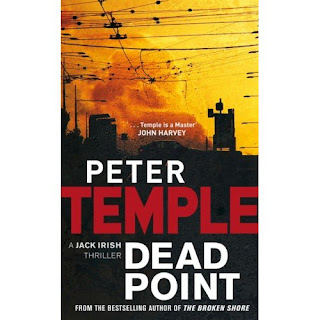 Peter Temple is an Australian writer of crime fiction. His books have  become available in the UK through the efforts of  the publisher Quercus. They are now in stock at Amazon and many other bookshops. I discovered Temple a few years ago whilst visiting Melbourne. I have now read [and reread] all his books, though I was disappointed by Truth, his ninth book.

He writes well with witty and interesting dialogue. His books have interesting characters and exciting and engrossing stories.

Four of the books feature Jack Irish, a Melbourne solicitor and part time cabinetmaker, member of a horse race betting syndicate and private investigator. If you are unfamiliar with Temple’s books I would suggest starting with one of these. They are all excellent and there is no need to take them in chronological order. I think these books are my favourites.

Temple has also written a number of stand alone books.

Identity Theory [2002] has also been published under the title of In the Evil Day. This is set in South Africa and Britain. It is the only one of Temple’s books to be set outside Australia.

Iron Rose [1998] features Mac Faraday a former policeman who is working as a blacksmith when a friend of his is murdered.

Shooting Star [1999] was the last of Temple’s books to be published in the UK. It did not appear here until 2008. I did not like it at all and it is the only one that I have not bothered to read again.

The Broken Shore [2005] is set in the state of Victoria and features a former member of the Victoria Police Homicide Squad who has returned to his hometown to run its small police station. Temple has won several awards in Australia. This book also won a Gold dagger from the UK’s Crime Writers Association.