A visit to Woodhenge

Woodhenge is a late Stone Age/early Bronze Age site near Stonehenge. Both sites are  a few miles from Amesbury in southern England.  This entire area is full of Neolithic sites. The Ridgeway is nearby. Durrington Walls is just across the road. Barrows are everywhere. 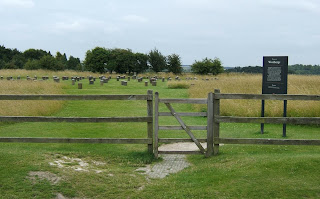 The site is less impressive than Stonehenge [there are no standing stones] and has fewer visitors.  I visited the site in July 2008. There were about half a dozen people there. Stonehenge probably had 100 times as many on site. Unlike Stonehenge there is no visitors charge.  Also, unlike Stonehenge you can wander freely about the site. At Stonehenge visitors are kept at a distance.

The site consists of a group of concrete posts which mark where archaeologists found evidence of wooden posts or , in a few cases, standing stones. 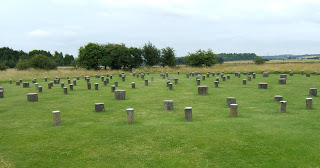 The concrete posts mark the location of six concentric rings of post-holes.  The rings are oval and orientated towards the rising sun on Midsummer Day. The tops of the posts are painted in different colours to indicate which ring they belong to. The rings are too close together to be roof supports. 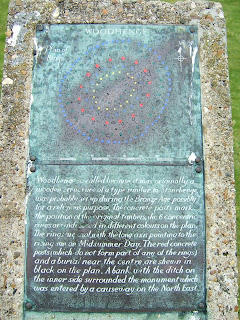 There is also a seventh set of posts which are painted black. These are dotted throughout the site. Some are within the six rings and others are nearby. 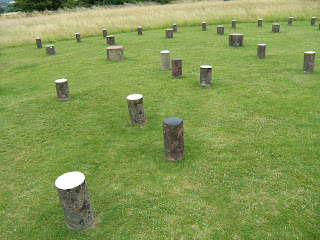 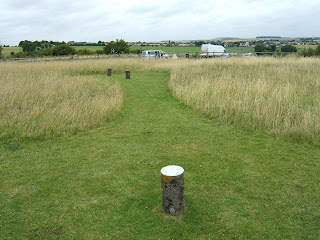 Nobody knows the purpose of the site.   The positioning of the posts, particularly the black posts, made me think of a calculator. There have been suggestions that Stonehenge, Woodhenge and other sites were used as astronomical computers.

A child's grave was found amongst the inner rings. As you can see it still atracts visitors. 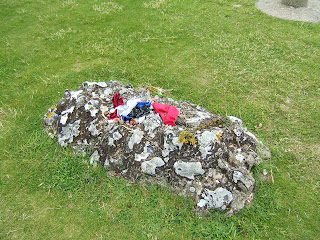 Todd HellsKitchen said...
This comment has been removed by a blog administrator.
4:54 pm