The foundations for the Certosa di Pavia [aka the Carthusian Monastery of Pavia] were laid in 1396. Over the centuries patrons came and went, but enough money flowed to the monastery to create what I think is the finest building in the world. What makes it my favourite is not only the architecture [the marble facade is considered by many to be the most beautiful monument in Italy], the frescoes in the church and the monks cells around the Great Cloister. It is also the sense of tranquillity that pervades the entire monastery. 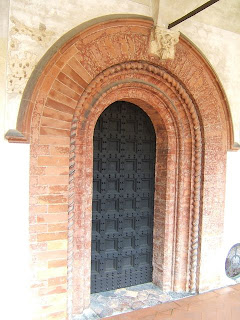 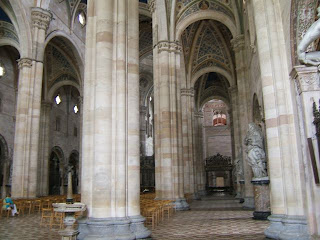 The Certosa consist of both the superbly decorated church and the cells of the monks which are situated around the Grand Cloister.  The Carthusians were hermits. They worked in the fields and prayed together, but otherwise kept to their individual cells. These cells are really individual houses. Each has a cellar, two rooms downstairs and two rooms upstairs. Each house has its own walled garden where the monks could pray [and contemplate their good fortune]. 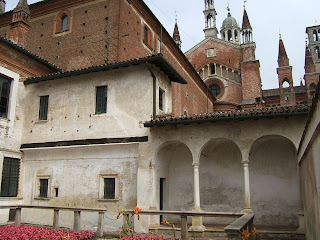 The Certosa di Pavia is a few miles outside the town of Pavia in Italy. Pavia is a 25 minute train ride south of Milan.  I have visited twice. On each occasion there were a few visitors but not the crowds that spoil so many places. The monastery is now in the care of the Cistercians. On my second visit we were shown around by an English speaking monk.  Apparently the monks do allow visitors to stay in some of the cells, though not at the moment because of restoration work. 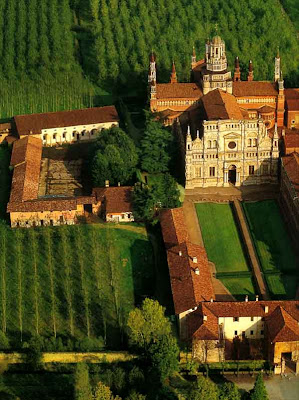 Some other Carthusian Monasteries. The layout is very distinctive. 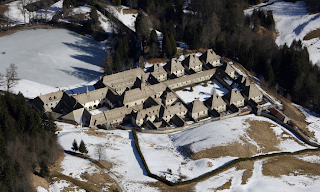 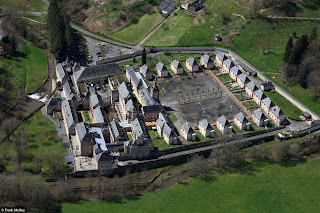 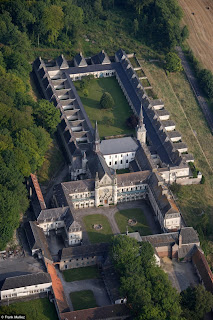